Come to the Light Side

The paranormal genre doesn’t have to be dark. There are a myriad of zany opportunities for fun if you look at comedy the way I do. My #1 rule? Nothing is off limits. ANYthing …The crazier, the better…can be utilized to add comic relief or create downright laugh-out-loud humorous reads. That said, I’ll admit that editors don’t have the same rule. Yes, they’ll pull me back when I step out over the edge, but they do appreciate my skirting right along that edge. As Brenda Chin once said in a humor workshop, “I can take it out, but I can’t put it in.”

My best piece of advice for lightening the mood in a paranormal story? Don’t overlook the obvious!
Let’s take a moment to embrace the clichés. Think about Vampires. What does everyone “know” about vampires? A) They have fangs and drink blood, usually by puncturing the victim’s carotid artery. B) They’re nocturnal and sunlight burns them. C) They’re immortal until staked, beheaded or burned to a crisp.

How about Shapeshifters? A) If they shift while fully dressed, their clothes won’t fit their new shape. They'll either explode out of them or get lost inside. B) When they shift back, they’ll be naked. C. They're long lived and hard to kill, but not immortal (at least in my mythology.

Ghosts are disembodied. They can see the physical world and comment on it like a fly on the wall, but unless they’ve learned telekinesis all they can do is talk smack.
And witches? A) They cast spells and can manipulate people or circumstances with magic. B) Some think they can fly on broomsticks. (That makes bicycle seats look comfortable!)
Greek and Roman Gods can manipulate people or circumstances with no more than a command. Apparently most are oversexed and none of them seem to get along.
Don’t be afraid to embarrass your characters! We find it hilarious because it’s not happening to us. We’re a little warped that way.
Are you seeing the possibilities here?
In my two Sourcebooks series, Strange Neighbors and its spin-off Flirting with Fangs, I have shapeshifters, vampires and witches—oh my! And who was everyone’s favorite character? The snarky ones who had opinions on everything, but nothing could be done to shut them up. In the Strange Neighbors trilogy, it was Chad the Ghost. In Flirting with Fangs, it’s Mother Nature. It’s even funnier if that character, who is either omnipotent or so powerful everyone’s afraid of them, has no filter.
Book 2 in the second series comes out this Tuesday, Sept 3rd. How to Date a Dragon is the first of my covers that looks totally serious, but don’t let it fool you. It’s probably the funniest of the three books in the Flirting with Fangs series. 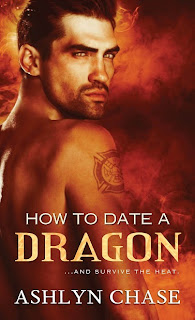 The series I’m writing now is called the Cupcake Coven. I just finished book 1 and I have another book about 85% finished. The third book is already writing itself in my head, and if I don’t start jotting down some notes…well, you know how it is. I wouldn’t want you to miss any funny bits, so I’d better get to it.

You may be tempted by the dark, after all, they have cookies. But…come to the light. We have cupcakes!