Between no less than three heinous deadlines, I'm cranking up the idea factory.

As I'm sure many reading this blog know, authors have to think more than a year ahead. If we're going to be successful, we have to play the long game. A book that's finished now, if it's lucky enough to be contracted for publication, may not see the public's eye until 18 months plus from now. And if husband and I are going to eat two years from now, some authors in this house need to start braining up some ideas.

Lots of people have lots of different ways to come up with new story ideas. Here's a little glimpse into mine. 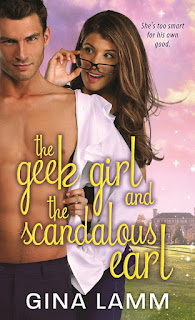 In the summer of 2011, I had a problem. I had only one novel finished, and I was going to my very first writer's conference. Novel #1 was under heavy scrutiny by a small epress, and I was sure it'd be purchased. So, I needed to write another book, because I desperately wanted to have something to pitch to those agents and editors!

I'd just finished Stephen King's book ON WRITING (if any of you haven't read it, stop reading this blog, go buy it, finish it, then return to read the rest of this post. I'm for serious. It's that god.) and I was thinking about something he said in there.

So, as I was riding in the car toward home, my mind was wandering.

As soon as I got in the door, I wrote that down. A time travel Regency romance, with a heroine who's an addicted gamer. It was just crazy enough to work, and I had just enough time to get it done before that conference.

Now, with the "Geek Girls" series winding down, that idea has run its course. So now, for the long game, I have to recreate that magic. I have to get the mind-wheels turning, and figure out what to write about next. I know what genre the book(s) will be, but I'm not certain of the premise yet. If these books, once I have an idea for them, get accepted, they won't see the light of day until 2015. Holy crap, that was hard to write! But it's true.

Here's what might be fun. I'm going to give you guys a short list of what I like, and you make up the most outrageous story idea from a mixture of them. All funny answers will be rewarded with virtual cake and lemonade. :D


Is that enough? GO!! :D You're not doing anything else on this oh-so-wonderful vacation day! (Sadly, I'm at work. But I'll check in!)