By Tamara Hogan October 22, 2012
Mark and I just returned from a week-long vacation to the Pacific Northwest which involved many modes of transportation: an Amtrak sleeper car, a couple of taxicabs, a Hertz rental car,  and a drive-aboard BC Ferry ride.
This "Planes, Trains and Automobiles" trip made me think about transportation - or rather, how writers use transportation to convey important information about our characters' lives, attitudes, abilities and worldviews. Here are a couple of examples from my Underbelly Chronicles series:

TASTE ME's hero, incubus security guru Lukas Sebastiani, is linebacker-sized, and has a need for speed:

"Come on, we need to get inside." He scoped out the parking lot and the shoreline of the Mississippi River, and then stood in front of her to cut off as many angles as he could with his body.

She eyed the space between them. "Can you give me a little room, please?"

She sighed. "What's up with this car?" she said, indicating his sedate-looking black V8 Impala SS. "It looks like something Valerian would drive."

While the car was nearly twenty feet long and had Barcalounger seats, under the hood, where it counted, was a completely different story. "Hey, it gets me where I need to go. And I fit in it."

"Rather than buying something new, small and politically correct which doesn't meet my needs, I'm using a car that already exists for its complete, useful lifetime." He lightly grasped her upper arm as she stepped away from the car, and this time she didn't pull away from him. Either she was becoming less mad or more exhausted, and frankly either was okay in his book. He needed to get her inside, settle her in.

He'd wait until later to hit the gym and work off some of this killing rage.

TASTE ME's heroine, siren rock star Scarlett Fontaine, travels primarily by tour bus, which has its own unique set of challenges. Here, just home from tour, Scarlett and members of her band talk about life on the road, and their...aromatic drummer, Stephen:

"He's the reason the tour bus smelled like sex all the time," Tansy grumbled. "On the next tour, we need to have a 'no sex on the bus' rule."

"You can't be serious," one of their roadies said. "Good luck with that."

"You and your rules," Michael said with a roll of his eyes. "You'd have to wallpaper it from stem to stern to cover all the places Stephen's had sex on that bus. And then he'd just find places no one had thought about yet."

"Those damn socks of his. Jesus, he's got some foot funk," Joe, the vampire who played rhythm guitar and keyboards, chimed in. He raised his creamy Guinness. "Here's to clean socks."

"To Nessie, who got us here safely!" "Nessie" was the band's nickname for their workhorse tour bus, which had covered over 50,000 miles on this last tour, with only one stop for repairs outside Calgary.

"To the next tour!" someone called. Everyone groaned again. Scarlett laughed as she was expected to, but her gut bubbled in warning. "Let's finish this one first, okay?" she said. "We do have one more show to go." And she was dreading it. 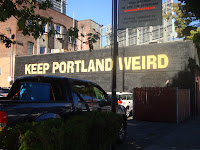 Gabe bumped along the rutted dirt path someone had mistakenly informed him was a road, wincing when something scraped the undercarriage of his Beemer. He hadn't seen a sign of civilization since taking a left at the ramshackle watering hole squatting where the asphalt ended and the gravel began.

He should have stopped at Tubby's Municipal Liquor Store when he'd had the chance, because this road was going to drive him to drink.

For CHASE ME's heroine, rough-and-tumble Valkyrie archaeologist Lorin Schlessinger, it's all about utility...or is it?

She turned off her mind, turned the radio to the 80's station, and sang away the miles, the volume loud enough so she couldn't hear her phone ring if she wanted to. When Bon Jovi started wailing about shots to the heart and who's to blame, she snapped off the music with a curse--just in time to hear a clunk. She looked in her rearview mirror.

She was spitting sparks.

Crap. Tailpipe? Muffler? Up ahead, like an oasis in the desert, she saw a green road sign: Hinckley. One Mile. Excellent. She'd stop at Tobies, do some emergency repairs, and then have a cinnamon roll to reward a job well done.

Wincing, she muscled the truck up the exit ramp and pulled into the parking lot. The last six months had been a steady succession of emergency repairs. It was probably time to permanently park her old truck up at the dig and buy a new one, and she was more than a little depressed at the prospect. She'd bought the truck used when she was a teenager, and half a lifetime of memories lay in every spill soiling the carpet, and every crack in the dash. The windshield had been replaced countless times, and she'd taken her first lover on the roomy bench seat. A couple of Buttercup's doggy nose prints still smudged the back window, carefully framed by black electrical tape so she wouldn't wipe them off by mistake.


Each transportation mode, and the character's thoughts and perceptions about it while we're in their point of view, helps flesh out our understanding of the character. Suffice it to say that Lukas or Lorin wouldn't be caught dead on an Amtrak train. Scarlett and Gabe would be just fine, though Gabe might privately be disappointed by the wine list.

For Mark and me, our vacation was a perfect balance of passive sightseeing and independent exploring, of people and solitude, of city and countryside. Give me a place to sit, a way to see the scenery, and a way to get some silence if I need it, and it's all good.

What's your preferred mode of vacation transportation? Why? What, if anything, do you think this choice reveals about you?

One lucky commenter will receive a paperback copy of TASTE ME. Supply your email address in the body of your comment if you'd like a chance to win!

Award-winning author Tamara Hogan loathes cold and snow, but nonetheless lives near Minneapolis with her partner Mark and two naughty cats. When she’s not telecommuting to Silicon Valley, she enjoys writing edgy urban fantasy romance with a sci-fi twist. A feral reader with an unapologetic television addiction, Tammy is forever on the lookout for the perfect black boots.