Casting my Characters in the Fall

By M. L. Buchman September 26, 2012
For some reason I've received a lot of questions this week asking do I use people from my day job in my books? Do I kill off former bosses? My staff kept asking if some day they'd get to be heroes or perhaps victims? And would they recognize themselves? 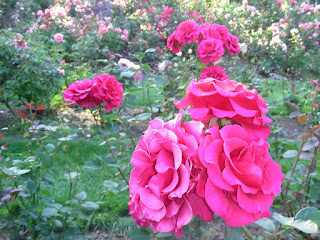 No. No. No. And another no just to be sure. Then they ask again. So I reply that my books start with a character's voice and often with a season. The voice probably comes from years of running the high school theater and then later working several years in live theater and six more in the opera (where I was a computer tech, but I heard a lot of magnificent voices). I'm also a movie buff which doesn't hurt.

Voice tells you me so much about a character. Beyond accent, there is region, and beyond region there is pacing. My characters tend to think quickly and speak abruptly... Of course, I'm currently writing military romantic suspense so that makes some sense.

But also season. Book two of my Night Stalkers, "I Own the Dawn," is fresh out and I'm proofing the final galleys on book three "Wait Until Dark" due out in February. And the books are set mid-summer and mid-winter respectively. I find that shapes the characters and the actions. 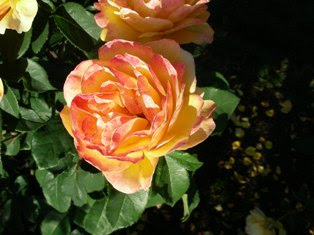 I'm becoming fascinated with how we fit into the seasons here in the Rose City of Oregon. My wife and I take long walks year round. In winter, we are among the few and brave, it is a wet land here in the Pacific NW. In the spring, everyone is too excited by the return of sun, or too wound up by the overlong continued rains of a late season, to have a pace at all. Crowds and characters jitter about in the spring.

In summer there is a strange stop-start rhythm. People flow forward with a mad rush of the need to be intensely active for all of the extended daylight, which runs from 5am to past 9pm at mid-summer. Only to be balked by the heat, suddenly languid, but without that easy pace of tropical environs.

But it is fall now in the Pacific Northwest. The International Rose Test Garden in Portland is proudly displaying its final splashes of color for the season, still shocking with their vibrancy in the shorter daylight hours. The air is fresh with overnight drizzles. And it is the only time of year when people move and behave at a predictable pace.

Fall is when people mosey. They relish the last of the sun; still warm enough for sidewalk cafes, as long as you're wearing a light sweater. Still warm enough to justify a scoop of gelato on your way home. It's my favorite time to walk through the city. The summer run and stop is over. The tourists are gone. The neighborhood settles.

The seasons are where I find my character's pace. Kee (book #2) can only exist in the summer's heat. Connie (book #3) is as cool and steady as the winter snows she must travel through. And I find my characters on the street as well. An overheard turn of phrase, a hand gesture, a pose of attitude. I drink them in as I wander through the city and I bring them to the page.

My coworkers? Sorry, not so much folks. The workaday world doesn't have that fire of who we are. Day jobs are when we fit into the molds of others, of our employers. It is the unguarded expression, the bright laughter, and the dancing leaves of fall where my characters come to life.

Always my favorite time of year. 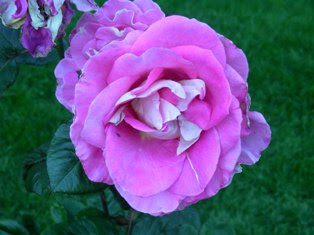