I love Chocolate, coffee, and my husband not necessarily in that order. I love coffee in the same way I love air—I need it to live, but I can enjoy it—who doesn’t love the first whiff of the ocean when they’re headed to the beach, or that scent of home after a long trip? Coffee for me is necessary for life but also something I look forward to every morning, afternoon, and most nights too.

Loving my husband is easy because like most men, what you see is what you get. The morning he proposed, he didn’t have a ring, a speech, or, it seemed, a plan. He just looked over and said, “So, you want to get married?” We’d only been dating four months; I think his proposal was as much a shock to him as it was to me. After I said, yes, he went right out (without my knowledge, mind you) and sold his motorcycle, his most prized possession, to buy me a ring. He might not be the hearts and flowers type, but with him, I never wonder if I’m loved. Over the years, he’s given up much more than just his motorcycle to keep our family and me happy. He’s supported my writing, believed in me before I ever believed in myself, and given so much never asking for anything in return. That says more to me than all the hearts, flowers, and chocolate ever could.

Now don’t get me wrong—I adore chocolate, and he buys chocolate for me whenever he deems it necessary for my mental health—he’s a smart man. Chocolate is much like men when it comes to what you see is what you get… unless the box doesn’t label the contents. A sampler without a map of what’s what is a disaster for me since I’ve kissed enough frogs and bitten into enough chocolate to realize I’m not interested in experimentation. I want to know what’s inside before I take a bite of either, and I’ve been that way long before I met my dear husband.

Still, I believe that certain men, and chocolate are addictive. Here’s a scene from Wild Thing that covers my theory about men and chocolate. I hope you enjoy it! 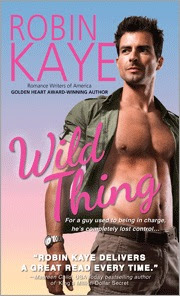 Toni shrugged. “Hunter, you’re like exceptionally good dark chocolate. What’s not to love, right? So I get a huge box of Belgian dark chocolate.” She stuck her hands out to show him the size, which would weigh in at twenty-five pounds easy—obviously an exaggeration.

“Okay. I’m the chocolate?” He was confused. Since all the women he knew couldn’t resist anything chocolate, that couldn’t be a bad thing. But with Toni, one never knew.

“You’re the chocolate, but not just any chocolate. You’re Belgian chocolate. It’s the best chocolate on earth.”

“Yes, I just love Belgian chocolate. So much so, I unwrap the huge box, and I eat and eat. It’s so good I can’t stop. I make a total pig of myself. The next thing I know, I feel sick, I’ve gained ten pounds, and I have a zit the size of Governors Island on my forehead.”

This was a ridiculous comparison, but she obviously didn’t think so. She was serious.

“Don’t you see? Nothing that decadent can be good for me. You’re my Belgian dark chocolate, and I suck at resisting you. I have no willpower.”

“Thank God.” He kissed the crease above her nose that showed up every time she was confused then kissed the tip of her nose. “Chocolate has been proven to be very good for you.”

Her lips parted, and her eyes darkened.

She looked more stunned and turned on than confused now.

He leaned in and teased her lips. “It stimulates endorphins.” His nose rubbed hers before he kissed the corner of her mouth. “It gives you a feeling of pleasure.” He nibbled her bottom lip. “It’s a natural antidepressant.”

Her fingers tunneled into his hair and gripped his head as she kissed him with promise and desperation.

Hunter groaned, leaning into her, pinning her against the wall. Need like none he’d felt before grabbed him in a stranglehold. If she kept kissing him like that, they’d get enough exercise to keep from gaining weight for sure. Hell, they’d have to guard against withering away to nothing.

Someone cleared his throat. Toni stilled, and her eyes shot wide open.

“Sorry to interrupt, but Toni’s dinner is on the table.”

“Fisher.” Hunter didn’t turn around. “She’ll be there in a minute.”

He closed his eyes and rested his forehead against hers until his brother’s footsteps faded. “Resistance is futile. Let’s just give up trying to avoid this and enjoy our time together.”

What do you prefer, dark chocolate, milk chocolate or all of the above? And when it comes to men, do you look for grand gestures, or just a man who gets the job done?