Childhood Memory of Things That Go Bump In The Night by C.H. Admirand

Growing up on Cedar Hill, life was just a bit different because our neighborhood was so small and everyone knew everyone else. Best of all,  my brother, sisters, and I were lucky enough to have friends right around our own age.

Naturally, I followed my big brother EVERYWHERE! Which would explain why one time he left me halfway up a pine tree while he and his friend ran away—then there was that time we were playing Army, and I was the soldier with a head wound and that needing cleaning—and they got soapy water in my eyes. There is definitely a pattern here…which leads me to one of the scariest moments from childhood—following my brother and his friend to Trenchert’s House—it was haunted. 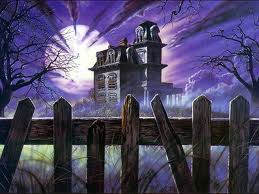 We all knew it and were forbidden to go there by our parents. Naturally as kids, we didn’t listen, we were kids!  As I snuck through the woods—close behind my brother and his friend—but not too close, I realized they were headed toward Trenchert’s…and then the screaming started!

Horrified by the sound, I froze and watched my best friend coming out of Trenchert’s screaming with her arms outstretched and no hands! To this day I will never forget the sound of her pain-filled screams—or the laughter that followed when they found me cowering in the woods.  For some reason it was my turn to play a prank on and my friend had worn her older sister’s jacket and pulled her hands inside. Even though it had all been one great joke to them, it had scared me spitless, and I never went near Trenchert’s again. 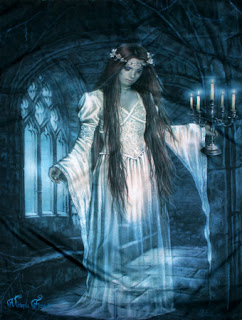 As I got older, I realized the real reason all of the parents forbid their kids to go there was that the house was literally falling down. It had been a hunting retreat in the 1920s that had caught fire. Because Cedar Hill’s roads were all dirt at the time, with no fire hydrants or water supply nearby, the house burned, leaving only the fieldstone foundations, patio and a small corner of the house intact.

Maybe that’s why I’m not a big fan of scary movies or things that go bump in the night—I prefer the holidays filled with home-baked pies, cookies and cakes!

What was the scariest moment of your childhood—and was it because of a friend or sibling?