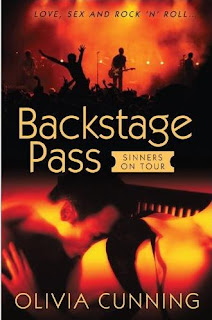 My heroes have no problem finding a willing bed mate. Or three. The challenge is finding them love after lust and making the reader believe that they are going to make their relationship work despite the groupies throwing themselves at them night after night.

Typically, in a romance book (though there is so much variety these days, that the old standard isn't necessarily true any more), the sexual tension is high, but no one acts on it for a long while. The couple makes moon eyes at each other for pages, they accidentally touch (and almost swoon) and eventually smooch (weak in the knees...) and if they're really into each other, they might do some petting (spontaneous combustion!). Then somewhere after the halfway point they FINALLY get some sex. Sometimes. Sex is often the way the couple physically expresses their love after much romancing. They are probably already in love at this point or nearly in love. The sex scene is the icing on the cake and completes the relationship. 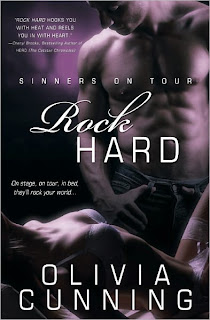 You get icing near the beginning of my books. Lots of icing. And the icing has to carry throughout the whole book without getting boring. It varies in duration, consistency, location and let's face it, acrobatics. Lead singer, Sed, in Rock Hard is particularly athletic. *cough* There has to be some connection between the characters for all the hot sex to work, but they're not in love. They're in bunnies-in-spring lust. And they are acting on that lust (boy, are they ever), so where do you go from there? You've already got to the "good part" (yes, I used to skip ahead to the good parts. I'm so glad there are books that are mostly good parts now...) and  you're only on page twenty-four.