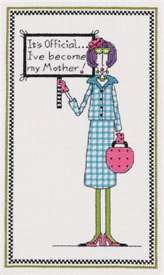 I had a definite "I'm becoming my mother" moment over Labor Day Weekend. It went something like this:

I wrinkle my nose at its pop and fizz, at its flagrant and unapologetic use of AutoTune. "This sucks. Hard. Who's going to tell the children of today that their favorite singers can't actually sing?"

Mike grins at me. "That sounds like something our mothers would say."

(sigh) Yeah, Mike totally called me on my crap, as longtime friends are in prime position to do. He was right. I might just as well have added, grumpily, "...and you dang kids get off of my lawn!" But if there's anything I have an immediate and visceral opinion about, it's the music I enjoy. I know what I like, and I did NOT like...THAT.

But someone whose opinion I respected did, so Kristi's response made me think about why I love the music I do. Is it the sound? The lyrics? Song structure, or use of a particular instrument? Or is it because the song evokes particular memories or a sense of nostalgia?

There's a theory I've heard which suggests that people tend to have a lifetime love of the music they listened to in their late teens and early twenties, when they were coming of age - when we were young, strong and unwrinkled, partying, meeting romantic partners, falling in love. I blew this theory by Mike and Kristi - they both shot it down, saying it wasn't true for them - but when I think about the music that I find most pleasurable, I definitely think first about the music I was exposed to when I went to college in the early 80's. Dark, muddy, sludgy, distinctly analog, what Sirius XM Radio calls "1st Wave Classic Alternative", most of it imported from the shores of England: Bauhaus. Joy Division. Depeche Mode. The Cure. Siouxie and the Banshees. Then a little lighter: Duran Duran, Spandau Ballet, Roxy Music, Tears For Fears. As you might imagine, when Grunge arrived on the scene in the 90's, it was right up my alley: Nine Inch Nails, Alice in Chains, Nirvana, Soundgarden. Unfortunately, the darkness seemed to seep into these band members' very psyches, with far too many lost to drug overdoses... Then, later, came Marilyn Manson, Avenged Sevenfold, Evanescence, and Type O Negative.

So for me, I think it's a certain sonic landscape that resonates, and short, frothy pop confections are WAY down on my personal list. So many of the bands whose music I've enjoyed over the decades share an aural and lyrical darkness that I find so lush - and so, so beautiful.

So, what kind of music do you love, and why?