The hotness of a wounded LETHAL WEAPON hero 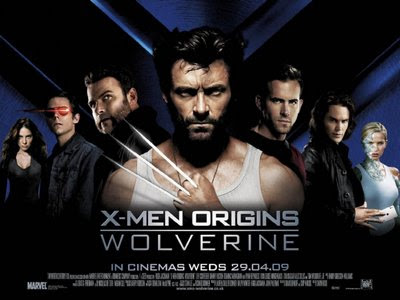 There is something about a wounded hero that is just so darn HOT, don't you think? Think about the Wolverine movie -- after he lost the woman he loved, he was wounded -- and he lived for revenge. Wouldn't you love to be the woman who healed wolverine aka Hugh Jackman's heart?


Sigh....just thinking about that character played by THAT man -- is drool worthy! 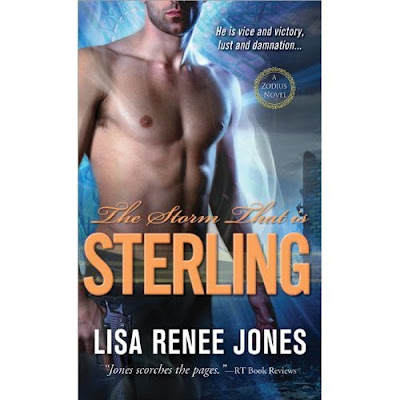 In November, THE STORM THAT IS STERLING releases. Sterling is one of my favorite heroes I've written because he has a lot of that Mel Gibson LETHAL WEAPON character in him back when Mel Gibson still made wounded look good instead of bad lol! Sterling lives on the edge, inviting death, because he has some deep wounds. And he, like Wolverine, needs a good woman to heal those wounds!


From the front of the book

He was created, molded, formed from life, love, and misery…
Lethally daring and ruthlessly passionate. He invites death to his door, welcomes it with each breath he draws, each step he takes. And thus, he is danger—a volatile storm that will sweep across the calm realms of humanity and shake it to the depths of its core.
And that storm is… Sterling.

In the second novel of the Zodius Series, Jones pens a compelling and fast-moving story that will captivate readers from start to finish. Two reunited lovers will have to fight for a second chance as the situation between the Renegades and the Zodius worsens. Love, intrigue and passion season a complicated story and will entertain even the most jaded of readers.
Summary: Sterling Jeter is the loose cannon of the Renegades; fiercely loyal he has an ‘act first- think later’ mentality but when he is reunited with Rebecca Burns he is pulled up short. Dying of cancer, scientist Rebecca has just returned from hiding in Germany to find Sterling waiting on her doorstep asking for her help. But when the Zodius attacks them in order to kidnap Rebecca, matters go from bad to worse. Now Sterling will do anything to save Rebecca and fight for their second chance. Rebecca is terrified and as she discovers new abilities based on her addiction to a new drug she will need Sterling more then ever. But as the danger closes in on them they will need to make the choice to trust each other no matter what may happen in their future.
(Sourcebooks Casablanca, $6.99 November 2011)
Sabrina Cooper

Sterling uses humor and flippant remarks to mask those wounds so I thought I'd share a few STERLINGISMS today.

"We Renegades write our own rules. The good, bendable kind that let me kick your ass all over the curb and then do it again just for fun.”

Sterling grinned. “You wouldn’t love me if I did.”

****
“I’ll be taking that vial of ICE you got there in your pocket. Then you can mosey on along and take the rest of your lifetime on vacation. You know, do whatever retired drug dealers do. Play the casino tables. Watch SpongeBob for all I care. Just get the hell off my streets.”
****

***
Sterling’s lips twisted with a wry taunt. “The next two bullets won’t hit the ground. Think of all those little bones in your feet blasted away by the steel force of a bullet.” He shook his head. “Ouch. That hurts just thinking about it. Even on an ICE high, that’s gonna bite like a bitch. After that, we’ll move upwards.” He pointed the gun at Mohawk’s knee. Then his thigh. Then shoved the gun toward his crotch. “About midway up is where all the fun starts. If I blow it off, will ICE grow it back? Wanna find out?”

And I just got Damion's cover! I love it! What do you think? 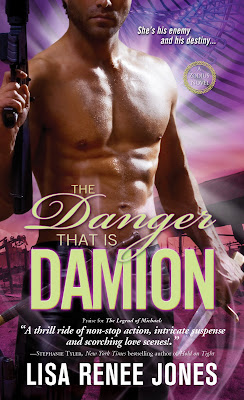