I could talk about the hot weather, but that would be boring. So I'll try to come up with a more exciting hot topic. 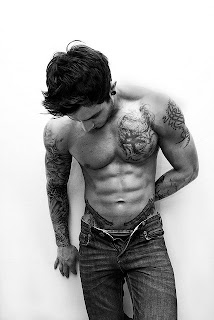 I could discuss this hot guy here on my left (I wish he was on my left), but I don't know him, so what can I say, other than I think he's hot. I will admit that he is the inspiration for a new rock star character of mine. Maybe his ink doesn't do it for you, but it definitely does it for me. RAWR! And those abs/pecs/guns... And the fact that I can't see his face clearly... And those jeans he "forgot" to fasten...  And those narrow hips... And... Oh my! Yep, hot. I could talk about all the "hottest sex scene" awards that Backstage Pass won from bloggers last year (*cough* 13 of them *cough*), but someone might misconstrue that as bragging and I'm a humble Midwestern gal. We don't brag. We "mention". 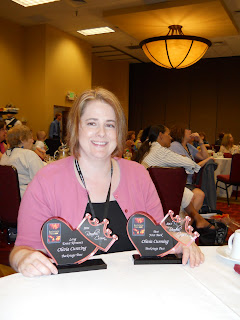 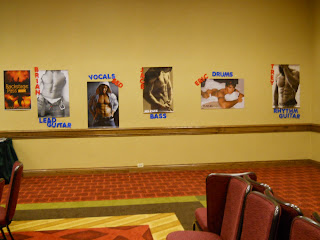 Yes, you can probably guess what we pinned on Sinners' lead guitarist, Brian Sinclair. It wasn't a tail... Heh heh.

I could talk about standing in hot lines at Cedar Point this summer. Do ride the Millennium Force if you get a chance. Best. Roller-coaster. EVAH! Worth the sunburn and sweat. Totally.

Maybe I should rave about the hot bands I saw in concert this summer. Avenged Sevenfold. Three Days Grace. Bullet for my Valentine. So many rock stars. So much inspiration. So tax deductible! 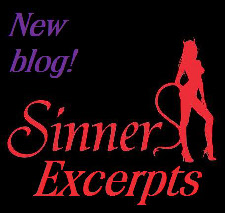 I could leave a recipe here for some hot food, but I don't cook spicy food. My tongue is a wimp. 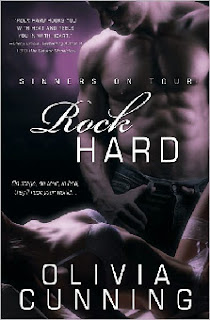 I could elaborate on Hot Topic, but I'm a bit too "mature" to shop at that store anymore. Unless my son is with me. I've been known to buy a rock T-shirt or two for myself  him from there. I swear that Papa Roach T-shirt is not mine. Okay, it is. And next time I'm there, I need to get some of those studded, leather... um, where was I?

So, I guess I will talk about the weather after all. That's a nice, "safe" topic.


Dang, it's hot outside!
What's the hottest thing you did this summer?