Surprise! It's The Call! 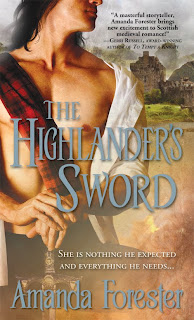 My story of "the call" began with me coming down with a cold. I had planned to go to the 2008 Emerald City Writer’s Conference but I got sick, of course. Doesn’t that always happen when you plan a trip? I was feeling cruddy so I figured I might as well cancel. Sure, there were going to be opportunities to meet with editors and agents at the conference, but no one ever sells from one of those appointments – right?

I was at the point of cancelling, but I had actually finished my first manuscript. I had taken Cherry Adair’s “Write the Damn Book” challenge and had my shiny new manuscript all ready to go. The amazing Cherry gives tremendous support to up-and-coming writers, which is why she was awarded the RWA 2011 PRO Mentor of the Year! I knew if I went I would get a certificate (now framed on my wall) for completing my manuscript, and that more than anything else got me to pack my tissue box and head out to the conference.

At the conference, I pitched my manuscript to editor Deb Werksman from Sourcebooks and agent Barbara Poelle from the Irene Goodman agency. They were excited when I said I had a Scottish medieval and both asked for a full manuscript. So exciting!

I sent the manuscript out and went on with my life, fully expecting the obligatory letter, you know the one that starts, “Unfortunately we have to pass on a lot of good projects…” Instead, Barbara Poelle actually called me and offered representation. Oh wow! I mean, oh WOW! I’m pretty sure she said some other stuff too, but that’s all I heard.

A few days later I woke up and found I had missed a call on my cell phone. It was from Barbara Poelle. My heart sank. Barbara must have realized her mistake. No doubt she was calling to say she had accidentally offered me representation, she had meant to call that other Scottish 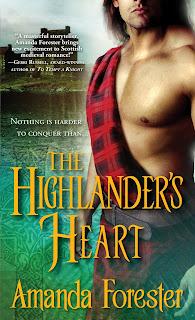 I made the call dreading the inevitable let down. Barbara said she had just talked to Deb Werksman at Sourcebooks and they wanted to publish it! At this point I was so confused I don't think I could make intelligible speech. My novel sold? You mean it really sold?! I thought that never actually happened to real people.

I was completely unprepared, utterly shocked, and totally stunned, but for all that it was pretty darn good! The Highlander's Sword was published spring of 2010, and is now available on kindle for only 99 cents!

The next year I sold two more Highland novels, and I was once again shocked speechless. I guess I'll always be surprised when someone wants to put my novels into print, but I can learn to live with it!

So what was your best surprise?