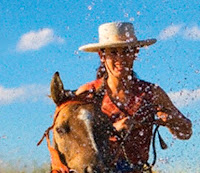 My cowgirl heroines Libby Brown, Charlie Banks, and Jodi Brand are three very different women, but they all have one thing in common: they're part of a long tradition of women moving west to build new lives. The West is the best possible setting for a girl-power fish-out-of-water story, because throughout history this rough open country has inspired women to escape society's constraints and accomplish things that would have been impossible elsewhere.

I've collected three of my favorite wild Western women here - women who met the challenges of the frontier and did much more than merely survive. 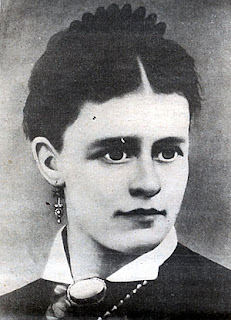 Wild West entrepreneur Nellie Cashman traveled west seeking her fortune as a prospector and worked as a cook at various mining camps in Nevada until she saved enough gold dust to open the Miner's Boarding House in Panaca Flats in 1872. Described as "pretty as a cameo and tougher than a two-penny nail," Nellie ofen fed and housed down=-on-their-luck miners for free.

Later in life, she became a restaurateur, opening the first woman-owned business in Tucson before moving on to Tombstone. A devout Catholic, she sweet-talked the owners of a local saloon into holding Sunday services until enough money was raised to build the town's Sacred Heart Church.

Nellie often dressed as a man and never married, but she raised her sister's children while bulding her reputation as the Saint of the Sourdoughs. She finally followed the gold rush north to the Yukon, where she died of pneumonia. Naturally, she had helped raise the funds that built the hospital where she d 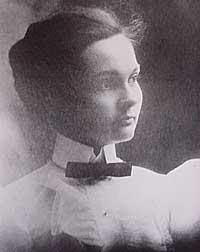 Susan Anderson, M.D. graduated from medical school in 1897, but a "touch of tuberculosis" prevented her from practicing her profession. In 1907, she took her own medical advice and moved to the clear, cold mountain air of Fraser, Colorado. After she successfully treated a local horse, word got out the the quiet, straight-backed little woman living by the railroad tracks was a doctor, and the local loggers, miners and railwaymen soon swore by "Doc Susie's" expertise.

This slight, fragile woman made countless housecalls, trudging through the snow in hip-boots with long-johns under her heavy skirts. During the building of the 6-mile Moffat Tunnel, she was appointed county coroner and confronted the powerful Tunnel Commission when dangerous working conditions led to fatal accidents.

Doc Susie practiced in Fraser until 1956, and was the model for the television chara 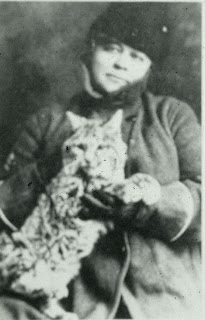 Caroline Lockhart was a girl reporter for big-city newpapers in Boston and Philadelphia whose legendary spunk led her try deep-sea diving in Boston Harbor and leap from a window to test a new-fangled invention called a fire safety net.

In 1904 she traveled to Cody, Wyoming to write a story on the Blackfeet Indians. She fell in love with the west and resigned her post, running the local paper while penning novels that gained national acclaim but were less favorably received by her neighbors, who recognized themselves in the thinly veiled characters. Many of the portraits were decidedly not complimentary!

But what Caroline really wanted to be was a cattle queen, so in 1926 she homesteaded the L/Heart Ranch in the rugged country near Montana's Bighorn Canyon. She never married, preferring to turn her energies to growing her ranch. When she died in 1962, it consisted of over 6,000 acres. Cattle Queen indeed!

As a romance writer, I have to wonder at the fact that none of these energetic, history-making women ever married. That leads to a chicken-and-egg question you can answer in the comments: Did they accomplish great things because they didn't have the distraction of a husband, or did their feisty ways scare off the traditional and no-doubt disapproving gents of their day?

And if you were a Wild West Woman, what kind would you be? A rootin' tootin' madam? A pistol-packing outlaw? An ridin', rustlin' ranchwoman? Or something entirely different?