The road to the book store 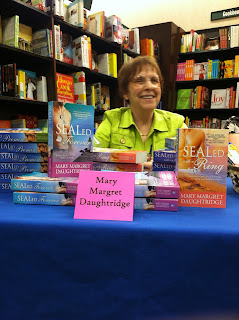 
The paths life takes us down… I can’t say I ever had any ambition to be a writer. I just wanted to write a romance—just because it looked like a fun challenge.

“Looked like a fun challenge?” my inner critic raises her eyebrows in ladylike incredulity at the above sentence. “What is the matter with you?”

First, you must understand I’m a reading addict. I can’t not read. If I don’t have a book, I will read catsup bottles, all the pamphlets in any waiting room, including the soil analysis reports. I must read whether I want to or not. Wallpaper with words on it drives me crazy. It does not matter how many times I have already seen it; I will still read it the next time.

So that’s one reason some of the work of writing a book just felt like something I might find…interesting. No, natural, meaning something that even if I had no purpose, I would do anyway.

As my addiction kept pace with my growth, I went through all of the classics, and all of the entertainment genres like locusts through a wheat field, consuming everything in my path. Nor did non-fiction escape. History, sociology, physics, bodybuilding, gardening, astrology to architecture, zoology to Zoroastrianism.

Which makes up two more reasons that writing (when I finally thought of it) felt like fun. (1)at some point plot, story structure, character arc became learned, absorbed really, past any need for story.

For example, I went through a period in my late teens and early twenties when I read a gazillion mysteries—PI, police, gothic, amateur detective—you name it, I couldn't get enough. And then one day, they went flat for me. If the writer played fair, I knew whodunit within the first third of the book. (Hint: it isn’t the clues that give the villain away. It’s the plot.) For the first time I began to not finish books. I read on, only if engaged by the characters.

(2) I had a fund of useless facts crowding my brain. Useless, that is, unless chopped up tossed into a story.

Finally, one day I realized the kind of romance I liked best, a contemporary romance-romance where growing love isn’t incidental—it’s really what the book is about—that kind of romance had almost disappeared from the stores. It occurred to me, if I wanted to read one more than once or twice a year, I would just have to write it myself.

So I did. And since I was writing to please myself, I put in everything I liked, and left out everything I didn’t like.

Weather. What can I say? I like it. Check.

Characters that you have to get to know. What’s going on with them might not be what you think. Check.

Since I was writing only for my satisfaction, unknowingly I followed the advice given ll beginning romance writers: Write the book you would love to read.

Who knew I'd write a book--using my own formula--that would hit the #4 romance spot at Amazon (SEALed Forever) or one that would be a finalist in the National Reader's Choice Awards? (SEALed with a Ring) We'll find out if I won this week at the National Romance Writers of America convention.

The photo above is me last Saturday at a book-signing at a Barnes and Noble in Matthews, NC outside Charlotte. Who knew when I took a notion to entertain myself by writing a romance I'd wind up there.

But I was right about one thing. Writing is fun. Not easy, but fun.

Post Script: Many of the Casababes are in New York City this week attending the RWA National Convention. Hope you're all having a grand time!