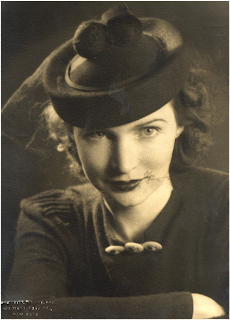 When I think of the most amazing women I know, the first person who always comes to mind is my grandma, Ester. Born in 1905 in rural Missouri, the expectations for her life were simple and clear. She would get married as soon as decently possible and have as many children as she could to work the farm. Ester, however, had her own dreams.

Tragedy struck early, and Ester lost her father when she was just six-years-old. Her mother was now a single parent of three girls, trying to scrape by as best she could, long before there were any government programs to help families in difficult circumstances. Despite this, at a time when most girls stopped their schooling at the eighth grade, Ester not only finished high school but also went on to college.

An amazing singer, Ester graduated from the University of Kansas, with a major in music. She also was dating an incredibly handsome Olympic athlete. He was a year older than her and had moved away after graduating, leaving her unsure about their relationship. The night of her senior recital she was singing on stage when the doors to the music hall opened and there he was. He had come back for her. That night as they sat on the front porch swing he asked her to marry him, and she said...no.

She said no at a time when getting married and having babies was supposed to be every girl's dream. And yet her dream was to move to New York and sing on Broadway. I can't imagine how unexcited her mother and sisters and friends must have been with the news. With dogged determination Ester bought a train ticket and with nothing more than a few dollars in her pocket went off to New York. 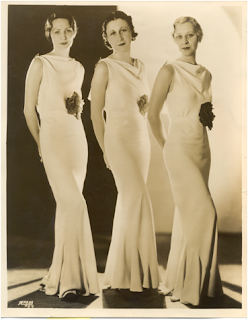 I am amazed at the strength of my grandma's dreams. She believed in herself even when the rest of the world must of been telling her she was crazy. The chances of some hick girl from Kansas making it big in New York were utterly non-existent. And yet...she made it.

My grandma, Ester Ott, formed a trio called the Rhythm Girls (pictured here on the left) and sang with the Paul Whiteman orchestra every night on the radio. Now that name might not mean much to folks today, but back then he was a major star, known as the "King of Jazz", and my grandma was living her dream. Eventually, at the age of 28 (monstrously old by the standards of that era) she fell in love and got married. She did it her way on her time.

Whenever someone tells me something is too difficult to even try doing, I remember my grandma. If she could take a risk to follow her dream, than so can I. Have you ever done the unexpected to follow your dreams?