The "Meet Cute" by Joanne Kennedy 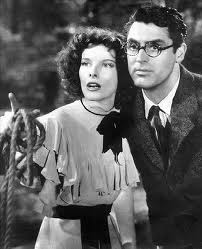 It's amazing how many beginnings, in stories and in life, are based on chance. A serendipitous encounter, a chance meeting, a happy accident -- life would be dull if it weren't for the curveballs flung by a playful universe. Just when you think you've got your life figured out -- splat! -- everything changes.


In romantic comedies, that moment is the "meet cute" - a situation that brings the hero and heroine together in a way that lets them clash, tangle, and ultimately fall in love. The "meet cute" is almost always awkward or embarrassing, and leads to conflict and hence, a plot!

Screwball comedies are the prime place for finding "meet cutes." It Happened One Night, Bluebeard's Eighth Wife, Bringing Up Baby -- they all hinge on a start-up scene where the hero and heroine meet in a zany, unexpected manner and are irresistibly attracted despite the barriers thrown in their way. 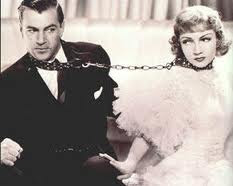 The chance meeting feeds our fantasies because deep down, we want to believe that there's someone out there waiting for us -- the right person, the person we're destined to love. Coincidence and seredipity give us the feeling someone's pulling strings -- God, the Universe, or whatever power you believe in.

The other reason the "Meet Cute" works is because it requires a certain kind of man -- the same kind that makes a romance work. He has to be easygoing enough to roll with the punches of fate, and he has to have a sense of humjor. And he has to be "The One." Becuase the universe doesn't mess around. 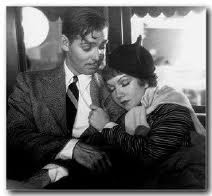 But a "meet cute" is useless without a strong heroine. She has to be up to making the most of the moment, confronting problems head-on and giving as good as she gets. While the hero's initial reaction might be that she's a scatterbrained disaster waiting to happen, she shows a surprising amount of strength and earns his admiration.

That's why my heroines are strictly fictional. They're the woman I'd like to be, the suave, witty woman who follows banter with better banter.

Here's a real-life example for you. I met my husband while I was working in a bookstore. He was buying an Oprah book, indicating he was a sensitive guy. And he was -- well, some of you Casa babes have met my husband. He's kind of a babe himself.

I certainly didn't make the most of that chance encounter. Mostly I just stared at him all googly-eyed and nodded with my mouth half-open. When I finally managed to speak, I squeaked out something totally inane. He probably ran out the door thinking he'd just dodged a lunatic. I told myself I didn't care what he thought, because I'd sworn off men forever just a week earlier.

But if the universe was testing my resolve, I flunked. He came back and I managed to redeem myself and reveal that I did, in fact, have a voice and a brain. And the rest is history...

Was there a "meet cute" in your life? Did you make the most of it, and did it work out?