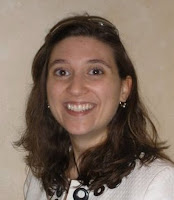 We all know the importance of a great hook expressed in the query letter--that's what's going to get me psyched (or not) about reading the manuscript. But for every single submission, even if I'm not entirely jazzed by query, I always want to to give the writing a look. And those first couple of paragraphs can make all the difference in the world. I want to see something compelling enough to keep reading. Depending on the story, that interest can come in all kinds of ways. Is there a character doing something interesting? Is there humorous dialogue? Is there some kind of tease that makes me want to know more? Or is the hero just so hot and delicious I can't tear my eyes away?

As Tamara was discussing earlier, a lot of authors use prologues to jump immediately into an action scene and then start chapter one a number of years later. That only works if chapter one stays just as interesting--and I'll gladly skip ahead a little to find out.

Overdone openings to avoid:
Here's a sample of a great a opening with Shona Husk's THE GOBLIN KING, an October release.

Category: Paranormal romance
Pitch: A woman in desperate needs makes a wish to the goblin king she read about in fairy tales, but will she be willing to pay the price of summoning him and become his queen?

The beads in his hair jangled and chimed, lifted on the breeze created as he moved from one world to the next, like golden music in his ears. He moved into the Fixed Realm wrapped in shadows to hide from the eyes of his would-be-commander. Then he paused and looked around.

A bedroom. Not the first he’d been summoned to. The only light spilled from the nearby bathroom. His nose wrinkled at the smell of wet dog and wine. He frowned. No summoner stood before him, demanding an audience with the Goblin King. The human who’d called him from the Shadowlands and sought to control him lay on the floor at the foot of the bed. Immobile. Wounded. Female.

The goblin kept his hand on his sword and stepped forward. As he did the shadows sloughed off him and slid away to the corners of the bedroom. The tension in his skin eased as the compulsion to obey faded. He’d attended; he could leave. Yet he couldn’t look away.

What I love: Great sensory description. And I immediately felt the hero's frustration and agony at being summoned. The world-building teases without becoming over-explanatory--what is the Shadowlands? Hm, sounds interesting. Why does the room smell like wet wool and wine? How did the woman become hurt? And I love that we see his protective instinct coming to the fore when he doesn't want to leave her. And most importantly: I want to know what happens next.

So now it's your turn. Using the format above--category, 1-2 sentence pitch, first four paragraphs--so me what you've got. Through today and the weekend, I'll take a look at everything posted by midnight EST tonight and give feedback.

I can't wait to see your great beginning!