Summer is for Concerts!

By Shana June 25, 2010
When I think of summer, I think of concerts. It seems like every summer, I’d go to numerous concerts. I lived in Houston as a teenager, so my friends and I would go see all our favorite groups at Southern Star Amphitheater in Astroworld. Sadly, Astroworld in no longer. It’s just a field on the side of the freeway.

The first concert I saw was when I was in sixth grade. I went with my dad to see REO Speedwagon and Cheap Trick. Remember “Can’t Fight This Feeling”? I loved that song, and I’m sure all the other sixth graders did.

One of the first concerts I saw without parents was Depeche Mode. That was in 1988. Let me tell you, the guys from DM made an impression. I thought they were the coolest thing ever. I went out the next day (or rather had my mom drive me to the mall) and bought their Black Celebration album on cassette. No CDs back then. 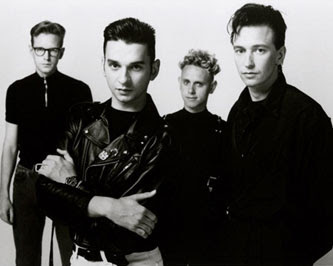 I started dressing in all black and listening to bands like The Cure, New Order, and The Smiths. I remember one summer I saw Heart, New Order, and Erasure at Southern Star. At fifteen, I was a little surprised to see a man in a pink tutu on stage (Erasure), but for me, anything could happen at Astroworld. It was a place of discoveries.

I never did see The Smiths. I guess they didn’t come to Southern Star or maybe Morrissey was on his own by then. I would have liked to hear “Meat is Murder” live. That was my favorite song and one reason I became a lifetime vegetarian.

My musical tastes now run more toward the newsboys, TobyMac, and Chris Tomlin, and if you were to peek in my CD player in my car it would probably have a Baby Einstein lullaby CD in it. But that doesn’t mean I’ve forgotten those days of black lipstick and Depeche Mode.

What about you? Any concerts you wish you’d seen?