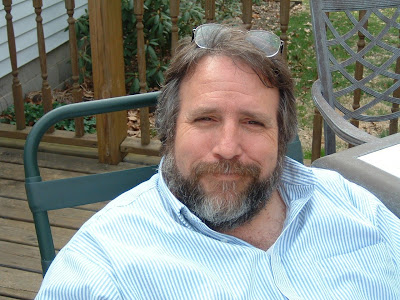 He turns fifty-five today, but when we first met thirty-four years ago, I knew he was the one. There was never a doubt in my mind, and without him, I wouldn't be the mother of my two wonderful sons.

I have never met a man, before or since, that I liked half as much and thought I could live with for thirty days, let alone thirty years. May 12 will be our thirty-first anniversary, and I love him even more now than I did back then.

The funny thing is, when I was growing up, getting married and having kids wasn't something I dreamed about. Oh, sure, I wanted romance as much as the next girl, but never having a boyfriend in high school will make you plan for other things in your future. I wanted to raise and train horses, but to do that, I needed money, so I went into nursing because I knew it paid well and that I would always have a job. That I liked doing it was just the icing on the cake. So, after three years in a diploma school, I graduated and began working the night shift.

I remember the first time I saw him; Bud, the night orderly, leaning over the desk and asking if we had anything he needed to do. He was absolutely adorable, and if there is such a thing as love at first sight, I think it happened to me. Later he admitted it was pretty much the same way with him.

We lost our first baby, but it didn't break us up. Bud went to engineering school and I went back for my BSN degree, and when I was about to graduate, we decided it was time and we had Michael, who was, of course, the cutest baby either of us had ever seen! 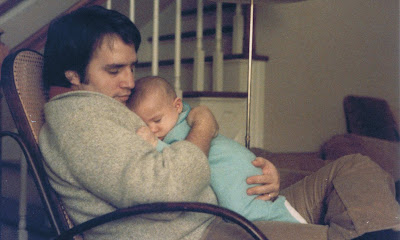 As he grew up, he was an outgoing little rascal, but never a bad kid, ever! 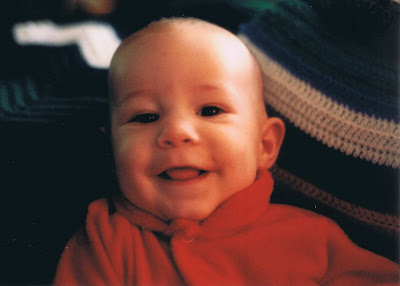 We took him all sorts of places. This photo was taken during an outing to Nashville, Indiana. Bud carried him around in a backpack most of the day, and he slept through part of it, but if we ever had a bit of trouble with him, I can't remember it. 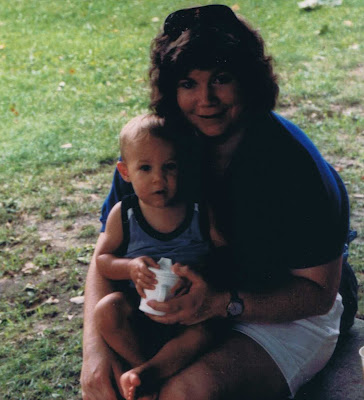 And almost exactly three years later, we had Sam. He wasn't as easy a baby as Mike, but he was just as cute. 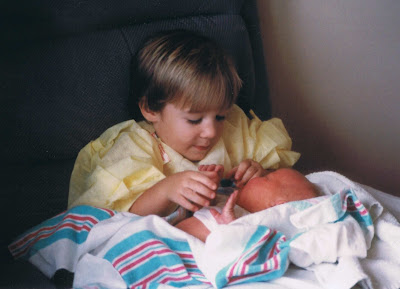 And only got cuter as he grew! 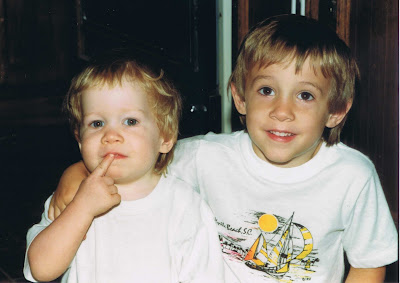 As time went on, however, Sam was diagnosed with a mild form of autism, which made being his mother a lot more difficult than being Mike's mom. But I'll have to say, the triumphs were more keenly felt with him, especially when, after we'd been told repeatedly that it would never happen, he passed the ISTEP test and actually graduated from high school. 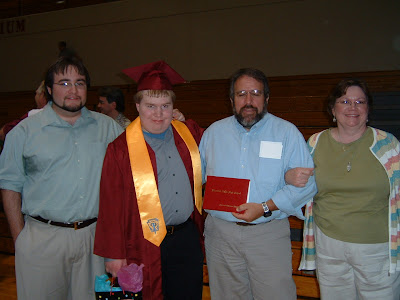 Sam is my right hand man. He does the laundry, cleans the bathroom, feeds the cats and dog, empties the litterbox, takes out the trash, and is generally the one who keeps the rest of us in line. He is also the one who bought me a Mother's Day present. Granted, it was something he probably wanted, himself, but he did wrap it up and give it to me. 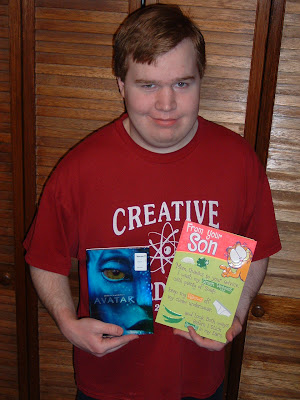 Mike will graduate from Purdue this coming Saturday, and I know I'll be proud; he's one of the most talented guys you'll ever meet, but if you could have only heard me on the day Sam came home to tell me he'd finally passed the English portion of the ISTEP test.