My Altered State of Consciousness... 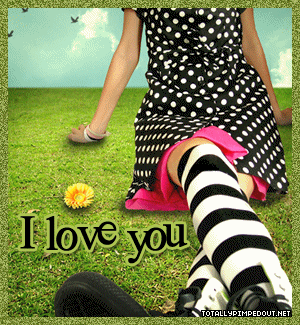 Joanne recently wrote a blog about falling in love and the altered state of consciousness that is brought about by infatuation. This is something I tend to suffer from with every one of my heroes. Joanne’s blog was wonderful and as all great blogs do, it got me thinking. Always dangerous, I know.

The one question I’m usually asked by readers and interviewers alike is which of my heroes is my favorite? The answer I always want to give is the next one. I have a nasty habit of falling in love with my next hero—the one hero I’m not supposed to be writing about. I’ll be writing one book, and a secondary character will invariably appear and steal my heart. I’m fickle that way when it comes to fictional men. I’m just lucky that hasn’t been my problem in real life. If it were, I doubt I'd still be happily married to the same man for over 20 years.

When I wrote Yours For the Taking, which will be released in January, 2011, I met a bevy of new characters—several of which were my hero, Ben Walsh’s cousins; Trapper, Fisher, Hunter, and Karma Kincaid.

As I am wont to do, I fell head over heels in love with Trapper Kincaid. The man just knocked my socks off. He was new and exciting—probably because I hadn’t known him through two books like I had Ben. There was still so much to learn about Trapper. As his character appeared on my computer screen, I became more and more infatuated. By that time, poor Ben was like a tried and true beau. I already knew all there was to know about him, and although I loved him, the bloom was off the rose. But Trapper was, and still is, a mystery to me in so many ways. I couldn’t wait to finish writing Yours For the Taking so I could write about Trapper.

As always, real life intervened. In order to sell my new Domestic Gods Gone Wild series, I had to write a proposal. I’m a real seat-of-the-pants writer, so for me, writing a proposal is difficult at best because it involves nasty things like synopses. This proposal proved to be almost impossible.

For the life of me, I couldn’t come up with a heroine for Trapper. I racked my brain to find a woman deserving of the incredible man that Trapper had become. She would have to be smart, funny, and someone who could make Trapper want to commit for more than his usual 72-hour affair. You see, Trapper finds it difficult to stay committed and well, nice, for more than 72-hours at a stretch. I doubted my ability to create such a woman, or maybe it was the jealousy factor—I still want Trapper all to myself and, as wonderful as I am, I don’t think many readers would buy a younger, more slender version of me as a heroine.

But like most problems, there was a solution. I just couldn’t write Trapper’s book next. I get to keep him all to myself for as long as it takes to write one of his sibling’s books. Lucky for me, the perfect heroine for Trapper’s brother, Hunter popped into my head along with a plot that demands the book be written at a time when all Hunter’s siblings are single. Together, Toni Russo and Hunter Kincaid are explosive and I can’t think of a time I’ve had more fun playing with my characters. They are both a real departure from my normal heroine and hero. Hunter is the strong silent type, and while Toni is normally feisty and independent; in the book, she’s completely out of her element and has to overcome a life-long fear.

Now I’m hoping that by the time I’ve written Hunter and Toni’s book, I’ll have Trapper out of my system enough to find the perfect heroine for him, if not, I guess there are always Fisher and Karma’s books. Someday, I’ll look back and think of Trapper as a tried and true beau, but until then, I’ll happily dip my toes into the raging river of my infatuation with him. Sigh, ain’t love grand?

So, tell me what fictional characters have you fallen desperately love with? Oh, and how long did it take for you to get over that little problem…just curious.