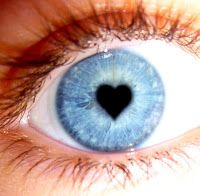 Our theme this month is beginnings, which is perfect for a romance writers' blog since so many of our books detail the beginnings of a relationship. Most romances carry us from the initial moment of attraction to the resolution of the relationship--from falling in love to the promise of living happily ever after. And I think one of the reasons romances are so popular is their ability to help readers relive the ecstasy of falling in love.
We've all been swept off our feet at one time or another--lifted and transported by a heady, intoxicating attraction that makes the stars shine brighter and the world whirl faster. Nothing compares to the beginning of a love affair--the joy of recognition when you meet your perfect match; the secret glow you carry in your heart; the delicious anticipation of seeing him again; and the sparks that fly when you're finally alone together.
But in real life, there's a dark side to the early stages of love. Psychologists say infatuation is an altered state of consciousness that's not necessarily healthy. Dorothy Tennov called it limerence, and defined it as a condition to be overcome rather than a step along the path to a healthy romance.
Yeah, those scientists ruin everything. They'll tell you that wonderful feeling isn't the pang of Cupid's arrow, but the result of an influx of chemicals to your brain, led by phenylethylamine--a naturally-occurring stimulant that's also found in chocolate. Combined with dopamine and norepinephrine, it creates an intoxicating "love cocktail" that floods your body with feelings of exhilaration and euphoria.
While infatuation feels good, it's also a little scary. The feelings are so powerful; what if he doesn't reciprocate your passion? What if he kicks you to the curb? That chemical rush will make you feel everything more deeply--including rejection.
And some people become literally "addicted to love" and seek that chemical boost repeatedly. They bounce from relationship to relationship, always shooting for that high, always moving on in disappointment once ecstatic passion evolves into calmer but potentially more meaningful love. All those Hollywood stars who run to rehab when their indiscretions hit the tabloids might really need help.
Or maybe they need romance novels. A well-written romance lets you identify with the characters to the point where you feel all the ups and downs of their story almost as if they're happening to you--and you can depend on a happy ending.
So instead of taking up with multiple cocktail waitresses, maybe Tiger Woods should have picked up a few romance novels. Nestled safely in an armchair, he could have vicariously experienced all the ecstasy of limerence--and enjoyed a happy ending instead of a train wreck.
Some people scoff at romances, claiming that fantasy gets in the way of reality. But if you have a full life, with relationships and responsibilities that sometimes weigh you down, reliving that emotional high of falling in love can give you a much-needed boost.
After all, you can only eat so much chocolate.