Today is my birthday so I thought I’d have a kind of reverse birthday party. Since I’ve already received a few rather spectacular presents, I thought I’d give away the gifts—three copies of Breakfast in Bed, the third book in my Domestic Gods series to lucky commenters.

First, I have to show you what I got for my birthday, or, should I say, what I got so far since the day is definitely not over yet.

I received a package from my mother and stepfather. I opened it to find a present wrapped in green bubble wrap. I have to say, I do love bubble wrap, especially the green variety. Back to the present—a quick glance through very cool green bubble wrap made me wonder if it was one of my books, which was quite odd, especially since I have plenty of my own books. I opened the card first because we all know it’s the polite thing to do. Okay, fine, I admit I only opened the card first because my daughter was watching. If she hadn’t been, I’d have been all over the present. In my opinion, opening the present before the card is the equivalent of eating the frosting before the cake. It’s what you do when you’re alone, but so not what you do in front of your soon-to-be 13 year-old. The card was beautiful and I even read it to my girl who sometimes was so like her mom and very impatient to see what was wrapped in the cool green bubble wrap. Well here it is. 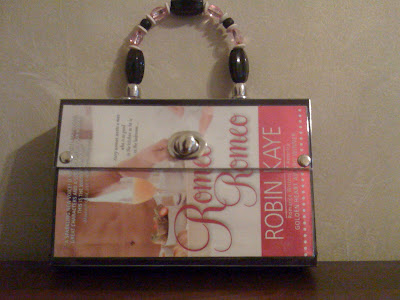 Isn’t it awesome? It has the back cover on the back, the spine on the bottom, and the inside of the flap is covered with my first page. I was shocked, surprised, and wowed. I’ve always said if shopping were an art, my mother would be Picasso. I don’t know how she managed it, but she really hit a home run with this gift.

Yesterday we picked Twinkle Toes up from dance. I think the local schools gave the third marking period grades out a little later this year especially for my birthday. I was thrilled to see that both my girls made honor roll! I was even happier because my son only missed it by one grade. I figure since the kid is taking German and the Germans have seven words for the word the, the fact that he did as well as he did was thrilling.

Along with making honor roll, Twinkle Toes was chosen by her teachers for Student of the Marking Period. I’m so proud of how well she’s done in her new school. But when she gave me my gift—a gift she’d made for me in school, I was totally blown away! 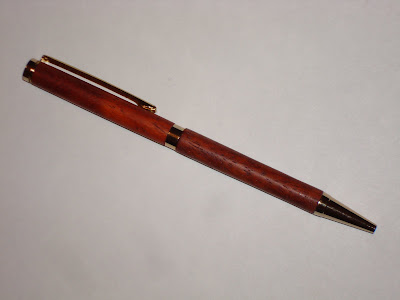 How beautiful is that?

Let’s get the party started!