Change... and why we dislike it so 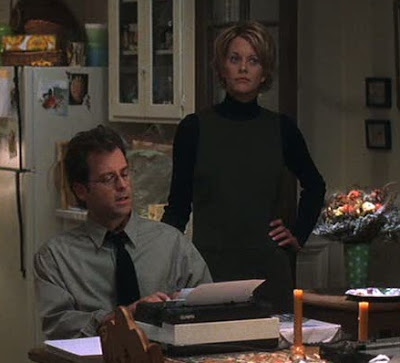 This is the first blog I've written on my brand new computer. About all I can say right now is that the keyboard makes almost as much noise as a typewriter. I wonder if someone decided that writers need the sound of the key report to make them think they've written something profound--remember Greg Kinnear's character in You've Got Mail and how much he adored his typewriter--so much so that he bought another one just like it? Wish I could've done that. My new computer is not nearly as pretty as the one it's replacing. Instead of the nice, metallic teal I had before, this one is black and very functional-looking.

The funny thing is, it's essentially the same computer. It has the same size screen and is roughly the same size overall, though it weighs slightly less. It does, however, have a faster processor, more RAM, a larger hard drive, and a completely different operating system (Window 7 instead of XP), but my biggest beef is that it has two, as opposed to 4, USB ports (which I promise you I did use on the other computer!), so I had to get a four port hub to go with it. The other funky thing is that the delete key is in the upper right as opposed to the lower right of the keyboard. I guess they wanted to be sure we writers didn't hit the delete key by accident. The guys at Toshiba are obviously not romance writers. I used the backspace and delete keys on my old computer so much, I'm wondering why they still function.

But these things are not why I chose to get a newer model. My old computer was getting very reluctant when it came to turning on. So much so that I had to leave it on all the time and put it to sleep when not in use, but those automatic updates that pop up from time to time and require a restart were becoming the bane of my existence. It took my IT specialist/electrical engineer DH to get it going again, and, as you might guess, he is not always standing by for repair service. 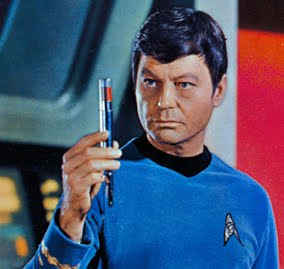 r that was, IMHO, perfect? There is a line in a Star Trek movie (I forget which one) where Dr. McCoy says he'll go down and check out the new sick bay, knowing that it will take a long time to sort it out. "I know engineers," he says with a knowing wag of his head. "They love to change things." My DH points out that the reason the original computer design was changed was because of the point of failure on my own device: opening and closing the lid repeatedly had worn out the wires that ran through the hinge, thus, the new one attaches differently, leaving no place for connection ports on the back as there were on the previous model.

Still, though the engineers may love it, we who use things do not. When we go to replace an item, we want to do just that: replace it, and preferably with the exact same thing. I have a friend who envies me for my old all-metal cheese slicer, which is just like the one her mother had. Many have tried to talk me out of the 9 X 13 baking pan that was given to me by my grandmother. Why? Because it has a metal lid that slides on and is every bit as sturdy as the bottom. It will not accommodate an iced sheet cake, but for anything else, it is ideal. Unfortunately, they don't make them anymore. Anyone deciding to bring back this design would make a fortune, but thus far, I've seen no evidence of such forward (or in this case, backward) thinking.

But enough about that. This blog was supposed to be about humor, wasn't it? Guess I'd better tell a joke then. Give me a moment to search through my emails to find one of those that I receive from time to time....

Ah ha! Here's a good one. This one is called The World's First Male Blond Joke. I've added a few embellishments. See if you can guess which one!

Three construction workers were having lunch high atop the skyscraper they were helping to build. The Irish guy opened his lunch box and groaned, "Corned beef and cabbage again! I swear, if I get this again tomorrow, I'm gonna jump off this building!"

The Mexican man opened his lunch box and exclaimed: "Burritos again! If I see another burrito, I'm going to jump off this building!"

The blond guy opens his lunch box. "A bologna sandwich again. I hate them so much! If I have to eat another one, I'm going to jump, too!"

At the funeral, the Irishman's widow laments, "If only I had known! I thought he loved corned beef and cabbage! It's all my fault!"

With tears in her eyes, the Mexican's widow cries, "I could have given him tacos or enchiladas! I had no idea he hated burritos so much!"

The blond guy's wife shrugs and says, "Don't look at me. The idiot fixed his own lunch." 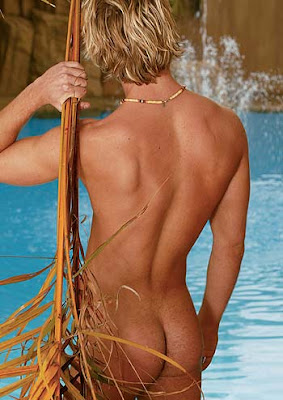 To which I say, "If he had buns like that, I could forgive him for being stupid."