By Sharon Lathan March 27, 2010
We are closing out our month long discussion of traveling and that is rather sad. I have SO enjoyed hearing of the wonderful places both domestic and foreign that the CasaBabes have visited over the years. I have, I confess, been a wee bit jealous upon occasion as I have only ventured outside of US borders twice in my lifetime, and that was only to Mexico! Fun, believe me, and somewhat exotic, but give me Greece any day! Or even Brazil, right Cheryl? LOL!

Cheryl’s tongue-in-cheek blog 2 days ago (scroll down) had us virtually traveling to some stunningly gorgeous locales without concern for packing the sunscreen or appropriate clothing. I mean, I have traveled through parts of the American West, heck I live in the American West, and my Native American experiences have never been THAT good!

So, super stud hunk muffins aside, if I could go anywhere with money not an object – we are still in dreaming mode apparently – Where would I go? 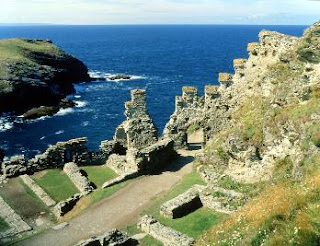 1. England. “Naturally,” you say in a sarcastic tone, yeah I hear ya. Well, the truth is that looonnnggg before I became obsessed with Jane Austen I was a major Arthurian geek. I would LOVE to see the places Jane lived and tour the locations used in the movie, no doubt. But the draw to see Tintagel or any of the plains that might have been Camlann is intense. And don’t even get me started on Stonehenge, Hadrian’s Wall, or Scotland. Thus I would need at least a month!

2. New Zealand. OK, to be very honest until some 9 years ago all I knew of NZ was that it sat somewhere close to OZ! Then a tiny flick called The Fellowship of the Ring was released and the Tolkien/Middle Earth geek inside of me (a larger presence than the Arthurian geek) craved walking in the paths forged by Hobbits, Elves, and Peter Jackson. I would happily brave the fires of Mt. Doom, uh, I mean Mt. Ruapehu, if necessary payment to seeing the rest.

3. Cruise the Mediterranean. This just sort of encompasses it all, right? No point in deciding whether to see Greece or Italy or Spain, by golly, just combine the culinary and oceanic delights of cruising with a leisurely survey of each country! 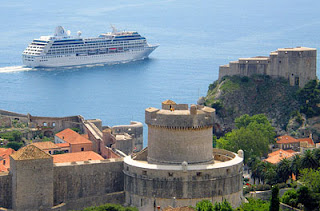 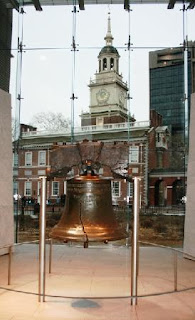 4. The historic east coast of the US. I really don’t care to see New York, although I would toss in a Broadway play just for kicks, but the desire to enmesh myself into American history has burned in my bosom all of my life. Boston to Philadelphia and then down into the South, I want to cover Colonial to Civil War. Not asking for much, am I?

So I figure that would take me a good year or so. Not a problem because in this fantasy I have unlimited cash and time! Now tell me where you would go if you could choose the world.