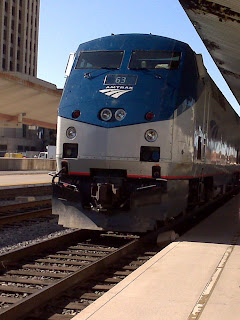 Grab your knapsack; it’s time to ride the rails! There is something nostalgically romantic about boarding a train and experiencing that rush of excitement as it lurches from the station and chugs down the tracks (ok they don’t exactly chug any more, but you get my drift). I have been fortunate to be able to take several long train trips. Of course, those who read my previous blog will know this is due more to my deep and abiding fear of planes than to an innate love of train travel, but in taking train trips I have found many things I enjoy. 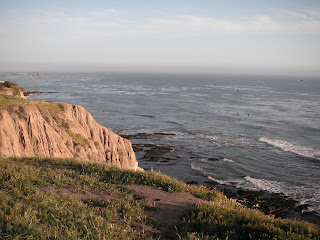 The one thing I realized as I started to travel by ground is just how BIG the country is. When you get on a plane and disembark at your destination several hours later you miss the true feeling of how big this place is (though I grant you an aerial view can be illuminating). There is also something very grounding (forgive the pun) to experiencing travel from a slower perspective. It forces me to acknowledge the spaces between civilization, not just the towns and cities themselves. In my hectic life, I often forget there is a whole word of nature out there. Traveling by train I am forced to bear witness to the vastness of this country and the many places that are still ruled by the native flora and fauna, not by humans.

In my train travels I’ve been exposed to scenery I never would have purposely sought. For example, I took the Amtrak Southwest Chief from Albuquerque to Los Angeles and crossed the desert plains. I’m a coastal gal so I’ve never had much interest in seeing the desert, but carving 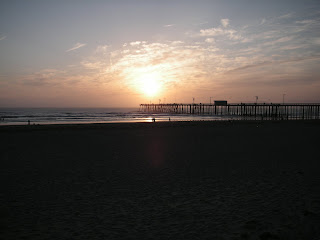 through orange rock canyons and watching the sun set red across the desert sand was breathtaking. Yet my favorite trip has been the Amtrak Coast Starlight, which travels from Seattle to Los Angeles. The scenery on this route is stunning, from the pacific ocean up into the mountains, and back down to the California coast. It is definitely worth the trip. The Coast Starlight also has an additional parlor car which has domed observation windows on the upper story, and downstairs it even has a movie theater! In the afternoons they have wine and cheese tasting. Think of it as a land cruise! 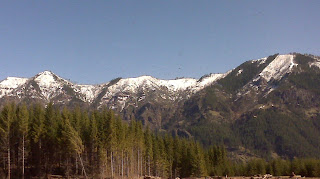 Traveling by train also forces me to slow down and rest. There is nothing I have to do, nothing I really can do on a train, so it is an opportunity for me to take a break from my schedule and revitalize my spirit. When I was going to graduate school in California, I used to look forward to my train trips back home to Washington because it was often the only time I had to simply relax. I could read a book, or knit, or do cross-stitch, or I could just look out the window, as my son is doing in this picture, and watch the beautiful scenery go by. 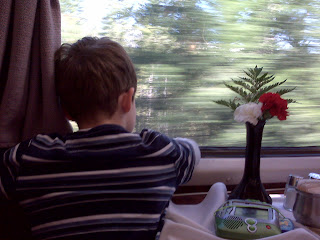 Yes, last year I took my kids on their first overnight train trip. Amtrak has a family bedroom (book early) that has two adult bunks and two smaller child-size bunks. It’s not a large room by any stretch, but my kids thought sleeping on the train was a huge adventure! In my younger years I saved money and went coach, but now I pay extra for a compartment (worth every penny if you’ve ever had to sleep in coach!). In order to maintain harmony for my younger travelers I was sure to bring activities for them and there is a plug in the room for the DVD player! We had a fun time and I hope to share with them the love of train travel. This summer we are planning more train trips – look out Chicago - here we come!

Have you had experiences riding the rails? If you could go anywhere by train, where would it be?