"A pair of star-cross'd lovers take their life..." 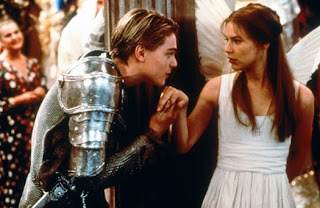 One thing I LOVE about romance novels is how every story has a happy ending—no matter what, you know that your hero and heroine will get it together someway in the end. Some people say “then what’s the point if there’s no conflict and already know what’s going to happen?” And I always remind them it’s the journey to the happily ever after that matters, too!

However, every now and then, there are stories where you don’t get a happy cou 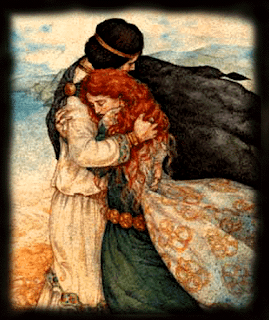 ple, but you want everything to work out (well, most of the time)! Here are some famous star-crossed lovers:

1. Romeo and Juliet. Perhaps the most famous (from which the term star-crossed really took hold in Shakespeare’s play)—young and innocent, these two can’t be together because of their feuding families and end up paying the ultimate price: their lives! However, those deep monologues (But soft, what light through yonder window breaks? It is the East and Juliet is the sun! SWOON.)
2. Tristan and Iseult (sometimes Isolde). A medieval tale that takes a wrong turn when Tristan and Isolde drink a love potion that make them fall desperately in love with one another… Too bad Tristian was sent to bring Isolde to King Marc to marry, and the love potion was meant for Marc and Isolde to drink to ensure a happy union! Various medieval versions of this tale exist, but in the end Tristan usually dies of grief because Iseult doesn’t come to him in the end, and when she learns of his death, Iseult also dies…
3. King Arthur, Guinevere and Lancelot. Here’s a medieval tragic love triangle. Again, legends v

ary, as do the views of how manipulative Guinevere is, but in the end of many tales, none of these three end up happy or in love, and Guinevere and Lancelot’s attraction is often blamed for the beginning of the downfall of Arthur.
4. Antony and Cleopatra. So, Cleopatra decided she would seduce—and ultimately love—TWO rulers of the Romance Empire. And while Caesar’s untimely and treacherous death is tragic, I’ve always been intrigued by the story of Antony and Cleopatra more. They seemed more su 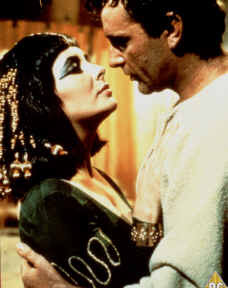 ited for one another and their passion much more palpable. And who can forget Elizabeth Taylor and Richard Burton playing these two?
5. Heathcliff and Catherine. I’ll admit right now that I’ve never finished Wuthering Heights (I’ve started it too many times to count), but the story of Heathcliff and Catherine has always intrigued me—they grow up together, but because Heathcliff is of a lower class than Catherine, they can’t marry when they realize they’ve been in love all along… Catherine ends up marrying someone more suitable (and rich), which makes Heathcliff INSANELY jealous. So he goes away and then comes back very 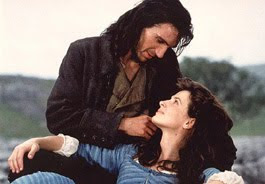 rich and marries Catherine’s sister-in-law to make HER jealous. AND then (after some other stuff), Catherine dies and her ghost haunts everyone. Nonetheless, these two are very, very sad.
6. Samson and Delilah. Aside from my favorite phrase in the song “Fire” by the Pointer Sisters (or Bruce Springsteen), this Biblical love story is one where two people find love, but it is thwarted by ruling powers. Delilah is bribed to find out what makes Samson so strong because he’d single-handedly slain thousands of Philistines, and she discovers that it’s his hair—which, of course, he only admits to once he thinks he knows that she loves him… And when she reveals the source of his power, his hair is cut off, and he’s captured

. Interestingly enough, the fate of Delilah is never mentioned. 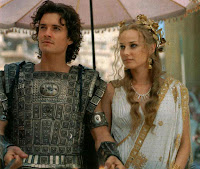 (which Christopher Marlow said so nicely), and it’s true—the Trojan War began after Helen ran away with Paris! Aphrodite, goddess of love, granted Paris the love of the most beautiful woman in the word, and Helen really doesn’t have a choice in the matter… but considering she’s married to Menelaus, their disappearance proves difficult. And then there’s a very bloody war for a very long time, and Paris dies in Battle. Some myths say she returns to Sparta to her husband Menlaus, and others say she goes to Mt. Olympus, to live with her father (who just so happens to be Zeus).

Are there any tragic couples I’ve missed? Any modern couples you can think of?