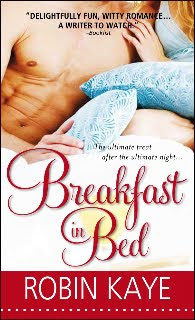 I was going to blog about my new book, Breakfast in Bed. However, we’ve had some problems with the book cover and I’ve recently learned that all the books had to be returned to the manufacturer because the foil on the cover would rather stick to people’s hands than to the book. All the books are going to have to be reprinted and as of this moment, we’re not exactly sure when they’re going to hit the stores. Right now, we’re thinking they’ll be a few weeks late, maybe more, but rest assured, Breakfast in Bed will be out by January.

So today, when I arrived at my Starbucks, all the baristas were abuzz with excitement. I sat down to write and found out that the day this blog will post, is Dress Up As Your Favorite Villain Day!

For those of you who don’t know, I live at a Starbucks. Okay, I don’t actually live there, but I might as well. I drive my daughter to dance every day, and while Twinkle Toes dances four to five hours, I sit at my favorite Starbucks, at my favorite table, and write.

In the year and a half I’ve been doing this, everyone at my Starbucks has become like family to me. During the summer, when Twinkle Toes danced for five weeks and lived with a host family, (we live 1 ½ hours away from the school) I swear, I missed my buddies at Starbucks more than I missed my own child. That might be because Twinkle Toes is 13 and they’re not. Still, the first week back to our regular schedule this fall was old home week. 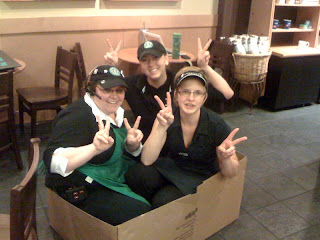 So it’s Villain Day at Starbucks.

Everyone is dressed up as a favorite villain… and working. My pals: Cat Woman, Poison Ivy, Lex Luthor, and a Wizard of Oz flying monkey are here and I’m not. Unfortunately, it’s the only day I don’t drive to dance. I’m missing out on all the fun.

Just for kicks, (and a Starbucks gift card to a lucky commentor) I want to know: If you were going to dress up as your favorite villain, who would you be?

I for one would love to dress up as Dr. Hannibal Lector though it might be difficult to drink coffee and write while in a straightjacket and facemask. So you can’t be him.