A tale of two bookstores 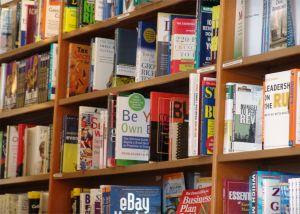 I didn't intend to go into a bookstore yesterday. It just sort of happened.

Actually, I think my car is possessed by a evil entity which insists that I periodically check out my local Barnes & Noble and Borders to see if they have my books in stock. I say evil because I never know how this will make me feel.

First off, my regular Tuesday morning riding lesson was canceled, so I had the time free to run a few errands. I needed new shoes--which is always a hassle--a few things that my DH asked me to get for a Boy Scout function on Thursday, a training collar for my new puppy, and some environmentally friendly dish soap, which is only available in two stores that I know of.

It was chilly and drizzling, which isn't great for anyone's mood, and though I had little hope for the shoes, I did manage to find a pair of Nikes that fit most of my criteria. Trust me, having a wide foot is worse than having a wide you-know-what when it comes to buying things that fit. Most of my shoes, this pair included, have come from the men's department, which is okay if you're buying sneakers, but not so good when you're looking for something a bit more dressy. There was a buy one get the second pair half price sale going on at Shoe Carnival, but I'll swear, I bought the ONLY pair of shoes in the entire store that were a men's size 7 4E--shoes that are even now making me painfully aware of my feet.

Then I bought a new hair dryer so that I'll have one to take with me when I go to the INRWA retreat next month and won't have to leave Budley hairdryerless.

My next stop was the import grocery, where I bought a variety of olives, the dish soap, and some Scottish ale, which was NOT for the Boy Scouts.

Then that evil force made me drive to B & N, where I found one copy of Slave on the shelf. It was face out, and wasn't signed. Not another book of mine in sight. So, I ask myself, What does this mean? Have they sold all of the others and are waiting for more, or did they return them? We never really know, do we? There was one bright spot: the copy wasn't signed, and the last time I was in there, I signed all the books they had. Hmmm.... So, does this mean they've reordered, or just taken the sticker off? Nope, it wasn't signed. So that means they sold them all, right? I hope so.

I asked once (a very long time ago when I was only self-published) if they ever did booksignings there, and the reply was that since local authors usually sell so poorly, they only have group signings once or twice a year. Can you tell that I've never asked them again? I didn't on this day, either. 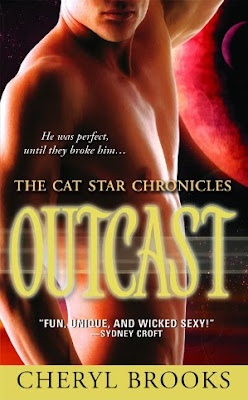 Then my possessed Honda took me to Borders where I was greeted by a cute young chap who asked if he could help me find anything. It was on the tip of my tongue to say no, but that same evil force made me say: "Do you ever have booksignings here?" He told me that they did have them from time to time, and then asked the fatal question: "Are you an author?"

Following my reluctant, though affirmative reply, he told me that I needed to talk to Lance, the manager, who, of course, wasn't there at the moment. We went on to discuss my books; whether they had them in stock and that the next one would be out in January, etc--which he seemed to think was an excellent time to sell books. I told him I'd talk to Lance at some point, although I feel quite certain that Lance would not live up to my expectations for a man with a name like that, which makes me reluctant to explore that option.

After I began wandering about the store, it became clear to me why they had my young friend posted near the door. They had rearranged it completely since my last visit--which was probably when Rogue came out in March. I finally found the romance section all the way in the back, and being an author with a "B" name, I was practically on the back wall--but (we must look for bright spots when we find them!) at least not on the bottom shelf! They had three copies of Outcast and one of Rogue, which was already signed. Seeing as how there were four of them, that gave me just enough room to turn them face out.

But then, the evil force took me in its clutches once again and I snatched up all three copies of Outcast and took them to the front desk. The man I'd talked to was there with two female employees, who looked at me like I'd lost my mind when I said, "I'm the author. Is it okay if I sign my books?" In fact, I had to repeat myself before one of the girls said, "Well, I guess that's okay. . . " My boyfriend (I was starting to think of him that way by this time) came to my rescue with, "Oh, we did have your book!" After that, they found the stickers and were looking for a good pen when I pulled out one of my own, which was approved by my new boyfriend. After I signed each copy and put the stickers on (in just the right spot so as not to cover up any of Lynx's hotness), he volunteered to put them back on the shelf for me, but I declined, knowing that I intended to put them face out. However, (bless the boy!) he told me to see if I could find someplace where I could put them face out on the shelf. To which I replied, "I'll do that."

So, I then read a few pages from a book called "I hope they serve beer in Hell," which was a riot, but I decided that it would adversely affect my writing style if I were to read it in its entirety, and our editor has to censor me enough as it is. In the end, I left without making a purchase and I splashed through the puddles on the way to my car with a much lighter step--a car that seemed to be saying, "See? I told you this was a good idea."

On the way home, I pondered the meaning of it all. Having three copies of Outcast on the shelf--does that mean they haven't sold any? Or that they've sold them all and reordered? There was the one signed copy of Rogue left, but as I recall, there were originally three and one of Warrior, which was missing. Good sign--at least, I thought it might be. . . Then there was that one copy of Slave at B & N. I really should have pretended to be a reader looking for the rest of the series and raised hell with them. Too bad my friend Suzie wasn't with me. She'd have done it.

Regardless of the meaning, I drove out of town feeling much better than I did when I drove in, so perhaps that evil force wasn't so evil after all. . . .

This blog is too damn long. I should edit it.

Nope, not going to. You're just going to have to experience my insecurity as it is. ;-)