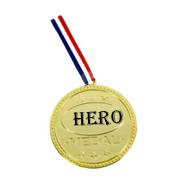 Since Robin has her Domestic God, and I’m writing this while eating the dinner my husband cooked and served me in my office, I figured that he’s such a good guy, he needs his own title. And since I dedicate all my books to my own personal hero, Domestic Hero is perfect for him.
My husband would be the first person to be embarrassed to have not only this title, but also a blog post dedicated to him. He’s more than content to give me the spotlight. I think that’s why this writing for publication thing has worked out so well over the years.
See, he’s the one who found Romance Writers of America for me. I’d written my first story, but had no idea what to do with it from there. I had no idea about imprints, or who published what, or how to get an agent. No clue about POV, and inciting incident, or what a black moment was. Oh, don’t get me wrong, I had some innate sense of building up to a crisis, but as for what it was called… pfft.
I had no idea you couldn’t head-hop (in the same paragraph), or that you weren’t supposed to give twenty pages of scene-setting and backstory. But I had this story, knew I wanted to give writing a shot, so I sat my butt down with my #2 pencils and spiral notebooks (how I wrote before I had a laptop), and started working on the next Great American Novel.
He's always encouraged me to follow my dream and he found my local chapter. I think he even emailed the president and got the info. He handed it to me and said, “I’ll watch the kids. Go.”
So I went. (Yeah, maybe the “watching the kids” part was part of the appeal!) I came back from that meeting jazzed about joining, about their contest and about the national conference. And he, God love him, told me again, “I’ll watch the kids. Go.”
Now, once a month, we have that same conversation. “I’ll watch the kids. Go.” And off I go to my chapter meeting.
He brings me meals to make sure I remember to eat. He brings me fruit, water, juice, cashews during the day. He cleans and would do the laundry if I’d let him. (One too many gray bras put the kibosh on that.) He shuttles kids to work/friends/school/practice for me. He picks up things at the grocery store and drops off his own dry cleaning. All of this amid travelling for his demanding job.
Sounding a lot like a Domestic God, doesn’t he? I’ll leave that title to Stephen, but my husband is my own personal hero. He believed in me more than I did. He was the driving force behind this - if he was willing to do all those yucky chores, how could I not give this my all?
And the ironic thing was, it wasn’t until In Over Her Head was published that he even read one of my stories, and he almost didn’t read that.
It was okay; I don’t necessarily enjoy the stuff he reads. But when one of his neighbor buddies started reading it and said how much he enjoyed it, Hubs figured he’d better see what it was all about.
He’s always said, “It’s great, Jude,” or “Of course you finaled in that contest,” or “Of course Editor X requested it; why wouldn’t they?” and "Of course you'll be published." But he gave me the best compliment when he finished In Over Her Head. He looked at me and asked, “So can I read the next one now?”
He's my hero because of his unflagging support, encouragement and belief in me. For the things he does so that I can make my dream come true. For showing our kids what a good friend, partner and spouse is. I couldn't have done it without his support.
I found out today that Wild Blue Under, which launches Nov 1, is not only in the warehouse, but it’s shipped, and my author copies are on their way. Looks like Hubs should have something new to read for the weekend.
So, who’s your hero?