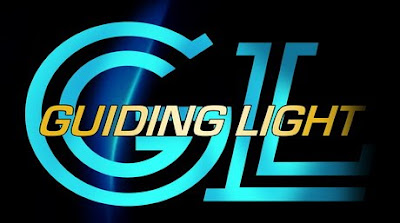 As I was mulling over ideas for this blog post (and watching Deathtrap with the family), I came across a story online that gave me my idea.
Guiding Light has been cancelled.
Now for those of you who have watched the soap, this (obviously) comes as no surprise, since today was the last episode. But I've been in my writing cave for a while and missed this announcement.
I haven't watched GL in a few years but became hooked way back in college. The East Halls dorms at Penn State only got CBS in the rooms (this would be in the days when rabbit ears were all the rage,and Luke & Laura's wedding was broadcast in the common room in all its standing-room only glory).
Anyhow, my roommate and her twin (who lived upstairs with another friend of mine) were hooked on Guiding Light and since it was the only channel, I got hooked along with them. From 1988 until somewhere in the mid 90s I watched Guiding Light and saw Reva through too many husbands/lovers to count. Josh too. Billy & Vanessa's on-again/off-again marriage, Lizzy's birth, Harley Davidson Cooper, etc. Even when I graduated, and got married and a job (in that order), I would tape it, and needed my hour of "decompression" when I came home from the work day.
"What," you ask, "does a soap opera have to do with Romance writing?" Well, aside from the various story lines geared toward the characters' happily-ever-afters, I was reading a very nice article about the end of Guiding Light and how the end of the series was bringing back favorite characters and nice words about the soap opera genre.
It got me to thinking about the end of a series. How it affects the readers and the writers. It's no secret that my next trilogy isn't about Mers, but that doesn't mean I'm done with the Mer world. Trust me, Mariana's story is knocking about in my brain and the opening scene has already been written. The hero, Jace, has yet to shut up and is demanding some attention. (As is Matt Ewing, the hero of I Dream of Genies.)
I'm bummed that I only found out about Guiding Light's ending this evening, hours after the final episode aired. I'm bummed that I missed the final two weeks. I'm bummed that I didn't get to celebrate along with the cast and fans. I would have liked to reconnect with the characters I knew back in the 80s and 90s. I'm sure there will be reruns somewhere, but there's nothing like ending the series with it as it ends.
In the same vein, I have mixed feelings about the ending of LOST in May 2010. I've watched from Day 1 and can't wait to see how they resolve it, but, again, it'll be a disappointment that it'll be over. I'll probably end up buying the whole series on DVD and watch it from start to finish, enjoying knowing what I know now.
So how do series' ends affect you? What are your favorite series that have ended and what ones do you hope gone on for years?