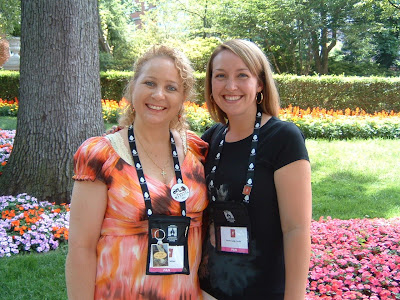 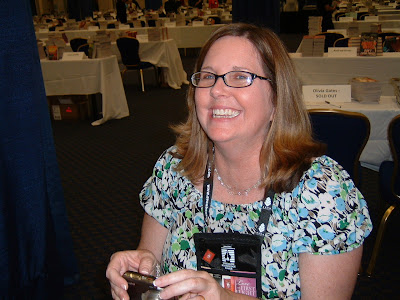 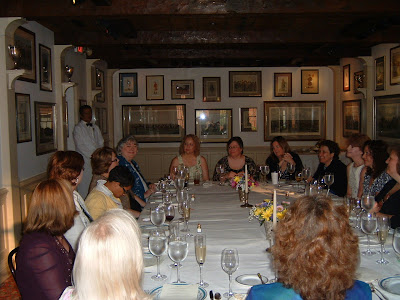 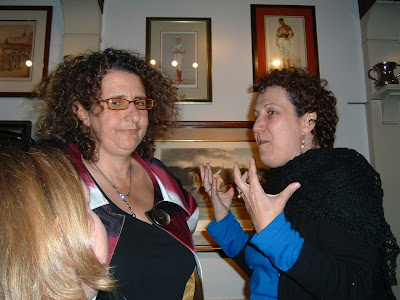 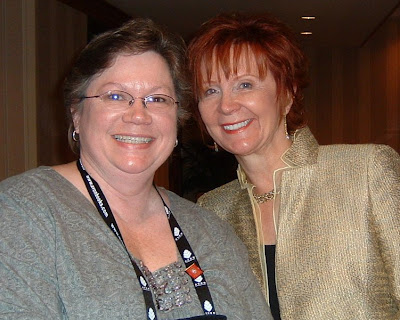 As I write this post, it's 0652 on Saturday morning. I haven't seen the Sourcebooks Spotlight, nor have I been to the Rita Awards or the Sourcebooks booksigning, but I have certainly done plenty of other things.
First off, I made it here, on a plane, all by myself. This in itself was a first for me. I've never done much traveling alone, and rarely on a plane. But I did it.

I've only been to one conference that came anywhere near the magnitude of this one. But I did it.

I really hate going to events where I know very few of the people in attendance. But I did it.

A lot of people will tell you, "Oh, I could NEVER write a book!" But I did it. And so did many of the other conference attendees. I think that says a lot. Here are hundreds of women who didn't baulk at the challenge, and I am one of them.

Listening to the speeches given by Janet Evanovich, Linda Howard, and Eloisa James were very inspiring. Their stories were not unlike my own--they've just been at it long enough to succeed. Even though I have four books in print, I'm still a newbie, relatively speaking. I was asked by an interviewer if I felt that I had "arrived" as an author. The truth is, I don't. I'm not intimidated by these other writers, but I know that they have one thing I don't have: years of experience behind them.

In my nursing career, I have loads of experience. I have now been a critical care nurse for thirty-two years. Many of these ladies have been professional writers for that long. There is no way I, at the age of fifty-three, will ever match them in experience, unless I live to be ninety and write continuously up until my death. The fact that they are willing to share their knowledge with those of us who are lacking is quite remarkable. Not everyone is willing to coach a competitor.

Which brings me to the next interesting point: We aren't truly competitors. Each of us has our own niche in the world of romance writing. We just have to carve it out for ourselves and then live in it. Readers will find us. Some will love what we write and others will hate it, but the one thing that will always hold true is that my books will not be like your books, and vice versa. We are all individuals writing unique works of fiction. We are not competing with one another so much as we are collaborating with our sister writers.

It's a pretty nice feeling.