Where Are You in the Pack? 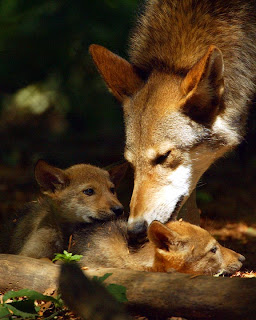 Have you ever thought of how your birth order affected you as a child? Teen? Adult? Were you a middle child? The first born? The baby of the family? An only child? Not sure???
Is the idea of birth order overrated?
I was the eldest of two children and yep, I have the classic symptoms of being the eldest child syndrome--super responsible, often passed down parental instruction to my sister, helped her with a myriad of situations. One of my former friends was a middle child, the lost child syndrome--so he had to get attention by getting into drugs. My mother was an only child, again super responsible, really a friend to her mother when her parents divorced, so more like a miniature grown-up. Another friend of mine was the baby of the family, and on top of that a late in life baby. The combination made for a much doted on "baby," by both parents and older siblings. One friend told me he was the middle child, but only son, so doted on by his parents and sisters, making him the baby of the family. :)
So does birth order effect the outcome of the child's role in life?
I've thought of this on and off for years--my children are not what you call the typical birth order children. One was born three years before the other, so my son should be the older responsible sibling. But my daughter is just as responsible and just as motivated to succeed.
So what happened? It wasn't the birth order, but the way I raised them. I never put my son in charge of my daughter. I treated them as equals. And I gave each special time that was theirs alone. It might have been easier because they are a boy and girl. But I don't think so.
I remember a friend talking baby talk to her child and I wondered when she (my friend) would learn to talk so her child could. :) There's a difference between changing the tone of your voice to communicate in a way that a baby finds appealing, like a puppy would. But it's not the same as trying to teach your baby language by changing it to baby talk that doesn't make sense to anyone but the parent who is perpetuating the language.When my daughter couldn't say her name, and we repeated the way she'd say it, she'd be angry. To her ear, she was saying her name correctly, and she didn't like being told she was saying some other version. But we were trying to show her how her version sounded to us. We finally had to drop it until she could wrap her tongue around the syllables.
For writers, birth order can be a great tool to use in creating characters. It can be just as great showing how people who might act a certain way given their birth order, don't, because of family circumstances.
In my werewolf packs, many of the siblings are multiple births. So that's another birth order situation--twins, triplets, multiple births. My maternal grandmother and her sister were twins. My great aunt was the eldest by five minutes. She was in charge. LOL :) They also had a younger brother, totally the baby of the family, and being a boy, very much doted on by the older sisters and the mother. 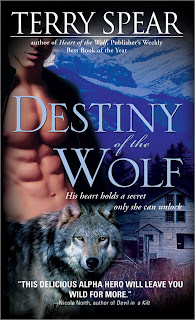 So in Destiny of the Wolf, I show three brothers--triplets. The eldest is the pack leader and definitely in charge. His two brothers are sub leaders. But the pecking order's there from the start. The middle brother is in charge whenever the hero isn't, and the youngest is responsible, but still he's the baby of the triplets. :) I had fun setting up their characterizations based on birth order.

Where are you in the family as far as the pecking order goes? Do you ever wish you were born in some other order?
Terry Spear
http://www.terryspear.com/