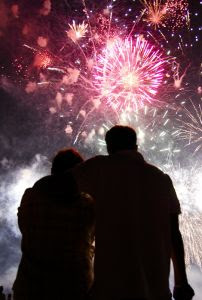 Today is Victoria Day. When I was a kid, Victoria Day (officially the Monday before May 25th) was the start of summer and signalled that school would soon be out. (And that my birthday was coming!) It meant fireworks and hot dogs, a long weekend, nice weather, tulips and freshly mowed lawns.

But we all knew what it meant, too. It was a celebration in honour (using the Canadian spelling today!) of Queen Victoria's birthday.

Today, though we still call it Victoria Day, it is as often called May Two Four, as if it is a case of beer. (It is supposed to be officially held on May 24th, but that never happens!) Canadians are very fond of beer, so a long weekend to celebrate it... it's a natural fit.

But there has always been some agitation to change the idea of the day to something more reflective of our growing multi-culturalism. Many Canadians feel that we should not be celebrating something so very English as the birthday of a long-dead English monarch, given that we are a country that welcomes and celebrates so many cultures, from the First Nations that are the bedrock of our country, through the French and English settlers, past the Irish and Scots heritage that can still be heard in the 'Down East' dialect and accent, the German and Polish roots of much of Ontario, the Ukranian and Scandinavian pioneers that moved steadily west and to our modern day Somali, Vietnamese, Korean, Sudanese, Latin American and Caribbean blends of cultures.

But to me, that is exactly what Canada Day (July 1st) is all about. That is the true celebration of our rich multi-cultural country. So why change the name of Victoria Day?

As Joe Warmington of the Toronto Sun says in his May 16th post about the agitation to change the name to something more reflective of our diversity, "And what happens 100 years from now? Change it again to something more chic? Why stop at Victoria Day? Why not change the name of the city, Victoria, B.C., too, since there are people who live there who aren't of British ancestry?" and he goes on to add, "And who gets to decide what is suitable or offensive? Sure changing everything to please certain people is an option but the other option is for us to accept our rich history, which includes our growth and diversity thanks to the generosity of people like Queen Victoria."

I don't know if I would go so far as to say Queen Vickie was 'generous', but I do agree that if we change it, we may as well not name the holdiay at all, because the name would have to change every few years to reflect the changes in our culture. I think it's likely only those of us with British forebears who are even worried about the 'Englishness' of the name. To paraphrase the bard, "For what's in a name? By any other name it would still be a day off work!"

I do apologize for taking up this space today with a subject of such pure Canadian interest, (I reveal my Canadianism by apologizing; we are said to be a very polite people - LOL) but I'd now like to turn it over to you. Memorial Day is coming up next weekend, and I just realized I don't really know what it is about. Is it a veteran's holiday in memory of fallen heroes? I watch the Indy 500 race on the Sunday of Memorial weekend every year, and it seems to me that there is a lot of militaria involved, so am I on the right track? I know, I could Google it and know in 3.5 seconds, but I'm more interested in what it means to Americans. Is it your official start to summer, or something more?