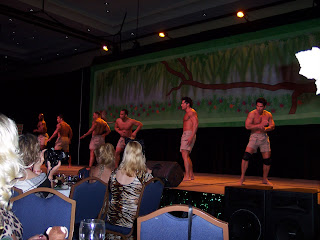 I'm posting from the Romantic Times Convention in Orlando, Florida, and having a blast! The parties are great, the giveaways fantastic and meeting the readers and booksellers is so much fun. 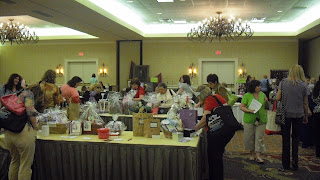 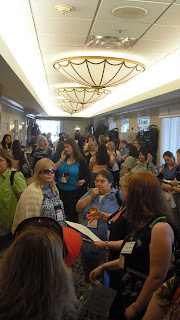 It really is amazing what can happen from chatting with people. Last year when I came to RT (I've been coming since 2007 when I was a finalist in the American Title III contest), I hadn't sold a book and had just learned something from one of the Gather final judges about a change that she thought would help me sell In Over Her Head. A friend invited me to a publisher party (with his editor's okay) and I was chatting with booksellers, taking a poll about this change the judge mentioned. So on Wednesday night, here, that same bookseller found me, said she'd been looking for me and that she'd wanted to talk to me about my book because she's seen "stuff" about it everywhere (gotta love hearing that, especially since she's in Australia). We connected, I chatted with some of her staff, and had a great time getting to know each other. They're looking forward to getting In Over Her Head and I'm looking for a great excuse to have a tax-deductible trip to Australia. Looks like I might have found it. :) 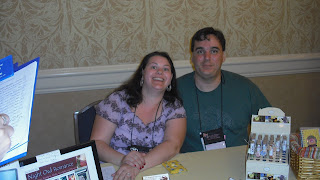