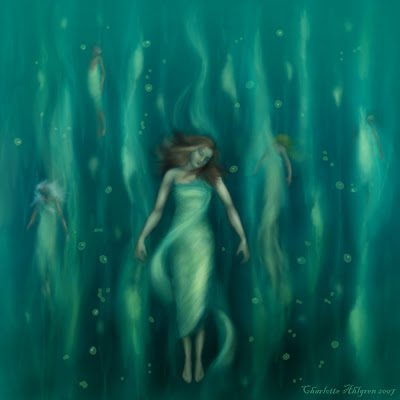 This is where I am; that space between what was and what will be, but not quite in the now. I'm told that living in the now is a good thing, but don't we find solace in the knowledge that the next moment will come whether we plan for it or not? Don't we find some excitement in the not knowing whether we will live another twenty years or whether this next breath will be our last?

I believe inspiration lies somewhere between the the now and the future. It's that moment when, fingers poised above the keyboard, the writer hesitates before the words begin to flow. Do I consciously think about what I will write next? More often than not, I don't, because when I do, it never feels as real or as pertinent as it will if I just start writing--letting the creative juices flow, as it were. I open my mind and visualize where I am, who is there, and then what they will say and do comes naturally.

Is it magic, what happens as we write, or is it something anyone can do? I believe that everyone has at least one story to tell, but it takes practice to be able to do it well. Some have the talent, while others focus on the craft. The truly great writers have all three--talent, craft, and tale--while the rest of us limp along with one or two.

Is this just so much bullshit? Probably. I had absolutely no idea what I would write about today. My mind was in limbo, just waiting for that spark of inspiration. Right now, I'm hot, tired, and probably ate too much tapioca pudding, which is something I've been craving ever since I saw "New in Town." If you've seen that movie, you're probably experiencing the same phenomenon. I've discovered that it's quite good mixed with bananas or strawberries, topped with whipped cream, or right out of the tub. Either way, those Kozy Shack pudding people are getting an awful lot of my money these days.

If all of this sounds insane, I'm not surprised. I always get a little crazy in February and March--lack of sunlight or something--but spring is hovering out there right now, somewhere between the now and the next breath. I'll be better by April. I hope.

What about you? Do you go bonkers this time of year? Have you been craving anything lately? Or do you even know what you're craving? Inquiring minds want to know. . .