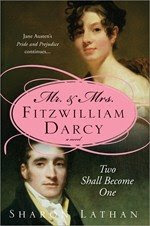 Over three years ago now something happened that changed my life. I walked into a movie theater and saw the 2005 adaptation of “Pride & Prejudice” by Joe Wright. Many, many times over the past years, and especially lately as I am promoting my debut novel, I have discussed the various reasons why this movie touched me. I have eloquently expressed the beauty of the cinematography, the fabulous acting, the passion and drama that leapt off the screen, and so on in a dozen different ways and with varied language. Some readers know precisely what I am relating as they felt it too, while others shake their heads in bafflement.

I love talking about the movie and do so with reverence because it was the doorway through which I learned about Jane Austen. I know that not everyone concurs with my awe for Joe Wright’s creation. Many bow down at the altar of Andrew Davies and his brilliant decision to put Colin Firth into a wet shirt! Others rabidly defend the idea that life begins and ends with the original novel. Whatever.

All I know for absolutely certainty is that something miraculous switched on inside of me. Visions danced within my brain; conversations between characters played like a looping recorder; places that I had never been took on shape and substance; phrases, sentences, paragraphs, and whole chapters materialized on the pages of my imagination.

A writer was born, even before I thought of sitting down at the computer and typing a single thing.

We celebrate artistic endeavors in this country. To the chagrin of many and great controversy in some cases we bestow vast quantities of tax dollars to the arts. As parents we encourage our children to learn a musical instrument, take ballet, try to oil paint, etc. because we not only want them to appreciate that mysterious world but we also secretly hope the next Rembrandt or Baryshnikov has sprung from our loins. All of us are enamored with at least one artistic field: classical music, opera, sculpture, cinema, literature – or perhaps several areas interest us and move our souls. Where would we be, personally or as a society, without the arts as a part of our culture?

Not every actor will win an Oscar. Not every writer will win a Pulitzer. Most artists never receive great accolades and will probably not be remembered a hundred years after they die. Yet all of them played a part in the whole and deserve a modicum of appreciation for their contribution. And all of them began somewhere with a tiny seed deep inside that was waiting for the water of inspiration. 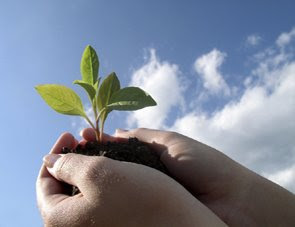 For me that dormant seed was germinated by a movie. Go figure! An amazing world opened up for me. A passion flamed that is fulfilling not only to me but to the multitude of readers who will enjoy my novels. I know who planted the seed and I thank Him every day. But I also know how my Divine-implanted gift was sparked into life, and I will defend that inspiration to the end.

How about you? How was your gift birthed? What inspired you?