Verisimilitude.
Don’t you love that word? I do. It means the appearance of being true. It perfectly encapsulates the goal of my research. I'm not a reporter. I write fiction. I don’t do research to make my stories accurate. I do it to make my stories seem true. Wherever facts and the needs of my story march together I choose facts—but anytime they don’t, I freely blend them with my imagination.
Still, I often wonder, when I read another writer’s work, which are parts are real and which not. So here's a little background on the background of SEALed With a Promise. 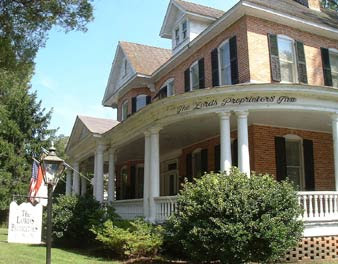 me sits, is a product of my imagination that mingles many places I’ve been to in my life.
Not populous or organized enough to be called a village, it is a cluster of farmhouses and perhaps a country store miles outside of “town.” The technical term (not that you probably care, but I need to show off my research) for such locations is census designated place name.
The “corner” in Sessoms’ Corner refers to a nearby crossroads. Spivey’s CornerNC is one such place name which has achieved national fame for its hog-calling contest. I confess I’ve always loved the name and cheerfully adapted it to my use, however, I’ve never been there and don’t know anyone from there.
The Sessom’s Corner of my imagination lies between Goldsboro and Wilmington. The traditions of Southern hospitality are still strong in such places. When there's a wedding, almost all of the guests are from out of town. Close and distant kin rally to provide housing and entertainment for the guests, so that that duty doesn’t fall on the bride’s family. Since she lives at the homeplace, to uphold the family’s honor, Aunt Lilly Hale feels she must host a wedding breakfast for the bride, despite the wedding’s rushed nature.
The hero, Chief Petty Officer Caleb "Do-Lord" Dulaude is the wedding’s best man. Raised in poverty by a single mom, his adult life has been spent in the Navy. In Aunt Lilly Hale’s house he encounters a culture and a set of family values he’s never before experienced. Ironically, his nickname, acquired during SEAL training, actually makes him seem like less of a stranger to the Sessomses. In eastern North Carolina men go to their graves with nicknames like "Choo-choo" and "Potlikker" with no loss of dignity. Only Emmie, the heroine, objects to the name and insists on calling him Caleb.
The Victorian house pictured above is now a B&B located near Edenton NC. It has the solid, prosperous, rooted look I imagined for Aunt Lilly Hale’s house.
Wilmington, NC is absolutely real, and its beautifully restored historic district with houses dating from the early 1700’s to the late 1800’s and early 1900’s is one of my favorite places to visit. A story whispers to me from every house. Here it is dressed up in spring finery.


I wanted Emmie to live in the historic section of Wilmingotn, but on a UNC-W instructor’s salary, there was no way she could afford it.
But I had another idea. In Eastern NC although occasionally houses in town were built with servants' quarters on a ground or basement floor, as a rule servants lived in a detached house in back of the main house. The houses were tiny—little more than two or three-room huts, really. Often they were crudely constructed, but sometimes they were built to be in keeping with the main house, although much scaled down and simplified.
The servants are gone now and the quarters with them, but in places like Wilmington a little architectural gem can still be found, and, if you have connections (and Emmie does) can be rented. I don't have a picture, but the tiny houses do exist.
My biggest setting challenge for SEALed With A Promise was coming up with a house for Senator Calhoun, Do-Lord's Nemesis, to live in. Located in Wilmington, it’s style, location, and layout were hugely significant to the plot. It needed to be elegant and massively scaled, not so much gracious as grand, and to have no architectural references to plantation or ocean port roots. I had the scene outlined but although I knew what the house should feel like, I needed detail, real details, to give it verisimilitude. That meant I had to make another research trip to Wilmington. Oh well. Writers must accept these hardships.

One glance at the Graystone Inn [left]and I knew I had found it.
The house, originally the Bridger’s Mansion, was built in 1905. The Bridgers’ fortune came from railroads. It’s constructed of sandstone quarried in Indiana, and, built to impress, it’s so massive it’s hard to find a photograph that does it justice. Here’s another picture. 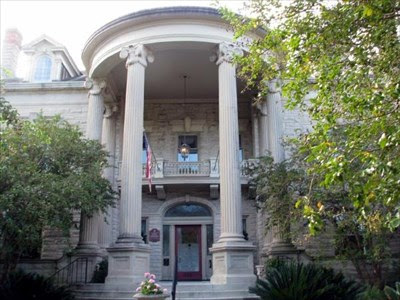 Today, it’s a B&B. The owner, Richard Moore, showed me through it, and even discussed with me which upstairs bathroom window would be best to rappel out of in order to reach the roof of a side porch. And where one would land, if one missed the porch, and fell.

Here’s the dining room [left] where Do-Lord and Emmie have dinner with the senator and his family.


The entry and reception room with Palladian windows set an important scene.

Some architectural detail Emmie remarks on. [above]

An article on the settings I choose for SEALed With a Promise wouldn’t be complete without discussion of the background behind the buff bod on the cover.
A cover isn't really intended to be a story illustration but readers sometimes assume it is. As anyone who's ever been there knows, there are no mountains in the vicinity of Wilmington—and not even I could imagine any. The landscape around Wilmington is flat. I mean F.L.A.T.

Here's a shot of Wilmington’s waterfront. The water in the foreground is the Cape Fear River. In the distance you can see the church spire which dominates the downtown Wilmington skyscape and which plays a role in the story.

So how do you mix the real and the imaginary to achieve verisimilitude? You paranormal writers aren't off the hook. That's just a different kind of verisimilitude.
For those who aren't writers, is there a place you've always thought would be a great setting for a book?