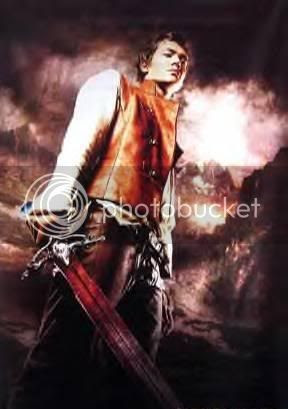 By Kendra Leigh Castle
Jean Pierre wrinkled his nose. “Do you know, I really detest that word. We’re Dagmorvanian royalty. Leave it at that, please.”

Tricia looked at them, trying not to be overwhelmed by the sight of three gorgeous extraterrestrial men with their pants undone, all looking at her like they’d like her to remove what scant clothing she was still wearing. She wondered, fleetingly, what it would be like if all three of them really did want to ravish her, a faint flush rising to her cheeks. Then Merry spoke, a welcome distraction from strange and heated thoughts.

“All right, boys, that’s quite enough,” she said, wagging a finger at the grinning trio.

“Boys?” asked Tricia, eyebrows raised. Whatever else she might have called them, she doubted that was a word she would have picked.

“Merry was our governess for many years,” Marcus said, turning Tricia’s attention with his deep, honeyed voice. There was humor in his deep blue eyes when her gaze met his.

“Indeed. And she’s never stopped trying to make us behave,” Jean Pierre added with a smirk at Merry. “Lost cause, really, but she gets points for effort.”

Merry sighed, stomping one foot impatiently, and Tricia was immediately put in mind of a frustrated faerie. All the woman was missing was a sparkly pair of wings and a wand. Well, and one pair of frilly pink bloomers, Tricia thought, casting another glance down at her ensemble, which now consisted of the aforementioned bloomers (drooping dangerously around her hips), her strapless push-up bra, and Mustafa’s white jacket.

“This really will be a lost cause if we don’t get moving. Now come along, all of you. The portal should be activated by now, but we’ll have to find it, and we don’t have much time. Lord Tybalt’s men will be securing the rest of this ship as we speak, and I won’t see any of you run through with that damned taurini rapier of his. It’s spilled enough blood.”

Then, as Tricia watched wide-eyed, two glittering wings sprouted from Merry’s back, and she swooped away ahead of them down the corridor.

“Wow. Well, that figures,” she murmured, unable to miss it when the woman pulled a long slender stick from a hidden pocket in her gown and began prodding things along the way with its lit tip. She felt a strong arm slide around her waist, and allowed herself to be pulled against Marcus’s cool strength with something like relief. She still wasn’t sure whether this whole adventure was the result of an actual alien invasion or just hallucinogenic tequila, but it was wearing her out.

“I did warn you that nothing on this ship was what it seemed,” he murmured, breath caressing the ear he’d nipped earlier. Tricia turned her head, unintentionally bumping noses with Marcus. And suddenly, she cared much more about a certain promise he’d made her earlier. His sudden grin, utterly wicked, took her breath away.

“I haven’t forgotten. And I believe you’ll find my quarters on the royal vessel much more to your liking than this ridiculous tin can. I didn’t give my mark lightly, Tricia. You’re coming with me.”

“You’ve marked her? Honestly, cousin,” Jean Pierre’s tone was a bit like that of a petulant child. “The first worthwhile human we run across, and you insist upon keeping her all to yourself. If I were in your position and not first in line to be king, I would have killed you ages ago. You’re no fun at all.”

“And you never shared well either,” Marcus replied, turning his head to fix Jean Pierre with a pointed stare. “Nearly bit off my finger over a toy hovercraft, if I remember correctly. I still have the scar.”

The memory seemed to cheer Jean Pierre considerably, and Tricia shook her head. She didn’t know Jean Pierre very well, but the thought of him as a monarch was more than a little scary. She leaned into Marcus as they turned and made their way towards Merry, who was poking intently at a wheeled cleaning cart that had been left in the corridor. As Tricia watched, the little woman waved her wand in triumph, and the cart began to glow with a strange light.