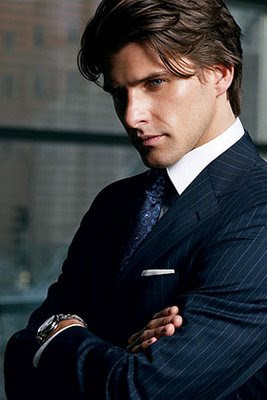 His smile broadened as he knelt down and captured her foot in his warm hands. “I'm Mustafa, and I've never met such a beautiful blonde American before.”

“First time for everything, I suppose,” Tricia said, glancing nervously over her shoulder. At least that horrid man hadn't followed her. Had he known it wasn't the ladies' room? Would he be waiting outside when she left? Tremors shook her entire body as she realized she'd never been more terrified in her life.

Mustafa drew her attention back to her sandal with a deft tug on the strap. “It simply became unfastened,” he said. “There is no damage done.”

“Th-thank you,” Tricia stammered. “I would have felt really stupid limping through that crowd of elegant people with a broken shoe.”

“I assure you, madame,” he said, his dark, expressive eyes peering up at her through a tangle of dusky curls. “If you were to walk through that room, no one would be looking at your shoe.”

“What?” she said distractedly. “Oh, you mean the necklace.”

“No, I did not.” Mustafa's hands had never left her ankle, and they now slid up her bare calf, sending messages that Tricia would have understood even if his English hadn't been quite so fluent. “Sparkling jewels mean nothing to a man in search of other treasures.”

She was gaping at him in disbelief when she heard a subtle click behind her, and then his voice saying, “There's just no safe place for a lovely woman anymore, is there?”

Whipping around so quickly that she accidentally kicked Mustafa in the chest, Tricia took in his slow smile and steady gaze as he folded his arms and leaned back against the closed door. He dispatched the young Turk with a quick nod of dismissal, and Mustafa scrambled to his feet, muttering apologies before snatching up his trumpet and fleeing through stage door.

“Is there any reason I should?”

“Is there any reason you shouldn't?”

“I, uh, don't know—” How on earth could you look a man in the eye and tell him you know he is in the business of selling young women into sexual slavery—and still keep a straight face? “Armand,” she said, grasping at straws. “Armand warns me not to—”

“Let strange men corner you for fear they might be jewel thieves?” His soft chuckle was disarmingly sincere. “You know, it's really not that much of a calling these days. Most people wear fakes and keep the real stuff in a vault—which is a pity for the ladies who have to wear cubic zirconia when they have the money to pay for diamonds, but a real boon for the insurance companies.”

Tricia could find no words to reply to that, and simply stared at him. He looked like the kind of man who would grace the cover of GQ, and yet he was the worst kind of devil she could imagine. She pitied the women who had fallen into his clutches, and shuddered as she realized she was about to become one of them.

Noting her tremor, his eyes sharpened, but his voice remained pleasant. “I have to wonder what a girl like you is doing with a snake like Armand.”

Her eyes widened. “You know Armand?”

“Let's say I know of him,” the man replied. “We're old adversaries.”

“I'm curious,” he said, continuing as though she hadn't spoken. “Just exactly what did Armand tell you about me?”

Tricia swallowed hard, deciding that the truth was easier than making up a lie, and besides, he had her cornered anyway. In one last act of defiance, she lifted her chin and shot him a look filled with disdain. “That you were a predator who sells women as sex slaves.”

His smile never wavered; only the flick of an eyebrow registered the fact that he had heard her at all. “Well, now,” he began. “That's very interesting. I've been accused of many things, but never that. I have to give Armand credit for originality.”