By Terry Spear December 31, 2008
From my Wilde & Woolly Bears house to yours, Happy New Year's Eve! 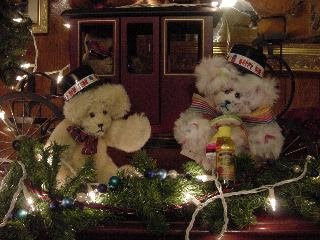 It's been a great year for writing and publishing what with Heart of the Wolf making Publishers Weekly's "BEST BOOKS OF THE YEAR" and the beautiful cover for Destiny of the Wolf, (formerly Don't Cry Wolf) coming out Mar 1, 2009. The Bite of the Wolf replaces the title Betrayal of the Wolf, and that and another, titled for now, Allure of the Wolf, will both be coming out in the Fall of 2009.

I'm currently working on Plight of the Wolf and Night of the Wolf, and a fan has already listed both on their Listmania at Amazon picked up from a blog I must have done--which means someone actually reads some of my blogs!!! So that was really nice. :) Even though I know the titles will change. I've got to have a working title to work with or nothing will form on the page! :)

The bad news is that my mother has been very ill and I had to sell my home and move in with her. She's now got pneumonia...so it's one day at a time.
Because of it, our New Years will be pretty quiet, movies, pink champagne (the really good cheap kind), if she can have some, and baked doritos topped with melted sharp cheese and green olive halfs--something we've been serving as a family treat since the days when the old Star Trek series was on television and we'd have that as our weekly standby in good old Florida. 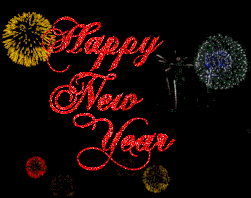 As our treat to our reading fans, we are starting a new serial story--Cruising for Love, and I will be posting the first of the series on January 2. After that, the Casablanca authors will add to it daily, with a couple of cliff hanger breaks!! While we hear from our important sponsors.... :)
Last year the Casa Babes wrote The Bachelor Auction which was a lot of fun and we hope our readers enjoyed reading it as much as we enjoyed writing it!
In the meantime, everyone have a safe and happy New Years Eve. I have to work, but hope to be home before all the serious partyiers are out!
Happy New Year's Eve and all my best to everyone for a wonderful new year!
Terry Spear
www.terryspear.com
Heart of the Wolf, Destiny of the Wolf, The Bite of the Wolf