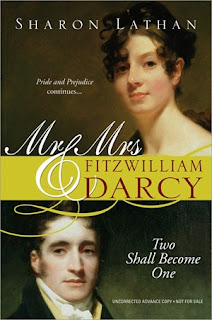 I am sure that if you lined up a hundred published authors and asked for their testimony, you would receive a hundred different stories. Some began weaving stories in their cradles while others, like me, were bit by the bug later in life. The decision for when to take those secret scribblings and share them with others would be vastly variable. Then there is the search for the elusive agent and publisher. Maybe you got lucky the first time around or it took years and you amassed enough rejection letters to keep a blaze going for a month straight. But in the end, it seems that the one thing all published authors have in common is, well, being published! Where it goes from there – success vs. failure, marketing strategies, further writing, yada yada – will also flow down unpredictable paths, but more than likely you can find someone out there in our world of easy networking who has been through something similar and can commiserate. Thank God for that!

But, I wanted to take a moment to share the consequences, offshoots, by-products of this road that are not directly tied to the publishing game yet never would have happened if we had not set our feet on the pavement. I am going to focus on positive outcomes, but of course all possibilities exist.

Firstly, I have my own website. Maybe that seems like no big deal to this MySpace generation, but I am 99.9% certain that I would NEVER have sat down to blog about my boring life! The very idea not only gave me the willies but seriously baffled me. I still don’t really get the purpose unless you have a reason to do it, i.e.- a book to sell! And although I really have a great time with my website, I still keep it Regency/Publishing focused because I can’t imagine that there is a person alive out in cyber-world who really cares what I ate for breakfast or what music I am listening to! Nonetheless, this little hobby of writing gave me a logical reason to do something that I am discovering is loads of fun. 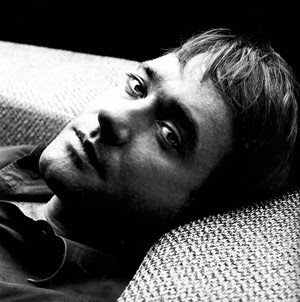 In my early days after watching the 2005 movie “Pride and Prejudice” I began haunting the various websites devoted to the flick, which lead me to JAFF and eventually to writing my own. The rest is history, as they say. During those frivolous days of chatting about scenes and comparing it to the book, I started becoming intrigued with Matthew Macfadyen, who played Mr. Darcy. Folks from the UK, where he is very popular, would talk about how great an actor he is, and I was curious. Sure, he is hot, but can he act beyond being surly and lost in love? Well, the answer is: Yes! Over time I have seen just about everything he has done and found them all brilliant, have become an active member of the Topix MM forum, and have turned one of my website photo albums into an official repository of images. In a secondary development, I have learned about some terrific UK programs and period dramas that I surely never would have seen otherwise. I have made friends with other fans of his and in two weeks a group of us will be attending the LA premiere of Matthew’s newest film “Frost/Nixon” where we will have the honor of meeting Ron Howard, Brian Grazer, and Michael Sheen! I grew up outside of LA but have never been to Beverley Hills, Hollywood, or seen a special movie screening, so I am seriously stoked! Doubt if Matthew will fly over from London, but we are keeping our fingers crossed. Yep, I have turned into a geek! 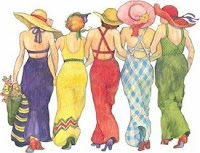 As cool as the others are, the best outcome for me personally are the friends I have made through this endeavor. I began by posting chapters and short stories on various JAFF sites, finally creating my own, and the wealth of positive feedback not only inspired me to keep writing, but introduced me to dozens of really wonderful people from all corners of the globe, literally. The vast majority of the commenters would never be more than a name, but there have been several who I have corresponded to over the years that have become lifelong friends. I have a dear pal in The Netherlands, another in Australia, one in Scotland (Who is coming to the F/N premiere!), a couple in the UK, and many more from our 50 States! It is fabulous!! Every one of them, whether casual acquaintances or eternal buddies, are precious to me. And now I have my Casa Babe sisters to add to that list of special persons who touch my heart and enhance my life in some way. Having a website is cool, reliving my adolescence by being in an unofficial fan club is fun, but nothing beats the joy of personal interactions with living, breathing individuals.
So, what surprising results have you had along your pathway to the big-time of publishing?