Another 'Pride and Prejudice' Sequel...Really?! 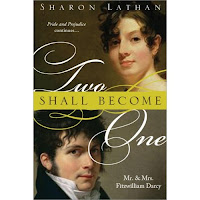 It’s a fair question, I’ll admit. Does the world really need another rendering of Mr. Darcy and Elizabeth Bennet? But one could ask that question about ALL novels! And the answer is - Yes! No matter how many witch or vampire or football player or Irish hunk novels are written, as long as someone creates a new way to approach it, folks will snap it up. Genres don’t get exhausted as long as the ideas are fresh. So, obviously, the key is to take a new approach, blaze a new trail, and go where no man has gone before. I think I have done that with my series of novels and want to share why.
The Darcy Saga trilogy begins with "Mr. and Mrs. Fitzwilliam Darcy ~ Two Shall Become One" (available March 1, 2009), and follows with "Journeys Beyond Pemberley" and "The Darcys at Year’s End" (both in the Fall of 2009). The full account of how I ended up writing a Jane Austen sequel fan-fiction can be read about at my website: The Darcy Saga. In brief, I had pictures/visions/ideas floating in my head, and no matter where I looked and how much JAFF I read, none of it gave me what I wanted personally. So, on a total whim, I decided to write it myself! My reasoning then, and still, is that if I wanted this type of story, surely someone else would too. It would be a very long while before I realized the wealth of sequels/prequels/variations/companions there are out there, but knowing that just cements my attitude. All of the stories take different twists. They are all unique in some way, and readers go crazy. Allow me to tell what makes my story special. 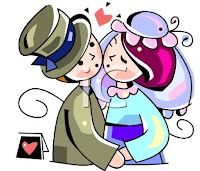 1) The most important aspect, to me, is that my story is happily-ever-after. I always end a romantic book or movie with the ardent belief that the couple lived on with passion and happiness. Isn’t that the point? I really do not want to imagine that they got divorced two years later! With that in mind, I created a generally blissful life for the Darcys. They are the absolute epitome of the devoted couple. Yes, even to the point of being a bit nauseating at times! Their lovemaking is phenomenal, their communication is inclusive, their romance is breathtaking, their enjoyment of each other is amazing, etc. I wanted to present a marriage as it should be; as maybe it could be if all lovers devoted themselves to each other completely. Portray the ideal! Reach for the stars! Give Fitzwilliam and Elizabeth that perfect union that few ever attain, but we all wish we could. Having them actually triumph in marriage, talk to each other, overcome their difficulties, and grow to love each other more is, sadly, somewhat revolutionary nowadays.
2) My story is about life. It is no accident that I call it a Saga. This isn’t the relating of how they came together in the first place, as that was in P&P. This is the relating of the life they live afterwards. In one respect, the novels do not have a ‘plot’ in the strictest definition of the word. It is a serial, a chronological unfolding of events. There isn’t one conflict that is resolved, but the gradual evolution of two people as they learn how to be married, as they become one, as they interact with their friends and family, as they journey through the Regency world of England, as they deal with the dramas and traumas that occur. I convey normal life events, those both mundane and extraordinary. There are a few wild incidents, like a sword duel and bandit attack, but primarily my focus in on the positive and logical happenings of an early 19th century existence. With life comes tons of interaction with other people. The number of main players in the saga is huge! The characters from the original are given detailed history and dozens more are added to the mix; all of them developing as time marches on. I have created an extensive family tree and biography for every character and everyone has a part to play in the life of Darcy and Lizzy.
3) It is historically accurate. I suppose all of the really good ones can say the same, but I am not just talking about dates and stuff. Yes, I do tremendous research and try very hard to get things as exact as I possibly can. But, I go beyond that to make one feel as if they are in England during the Georgian Era. I search for the unusual, like balloonists and masquerade balls and toys and fireworks and magic lantern shows. I travel through the countryside with sights and smells from the past vividly expressed. I apply logic and reality to the day-by-day events. Like Jane Austen, I am not going for heavy drama or fantasy, but simply allowing my readers to be the fly on the wall, peeking in and happily being a part of the world as it once was.
4) It is fun! I want to be entertained when I read. Sure, the occasional edge-of-your-seat moment or high angst is good, and I have that. But, between that are loads of humor, crazy amusements, laughter, and wild passion. All of my characters are enjoying life and that comes through. They also truly like each other and are familiar and happy to spend time together. I balance a writing style that is intelligent, but also easy to read. I don’t want anyone to be turned away because they need to attend a college lecture to figure out what the meaning is; but I do not dumb it down. My goal, more than anything, is to put a smile on the reader’s face and a warm-fuzzy feeling in their heart.

5) Lastly, I was inspired primarily by the 2005 movie. I refuse to get into a debate over the 1995 miniseries vs. novel vs. movie as I frankly think that is stupid. All 3 have their wonderful aspects and I draw bits from each. What captured me in the movie was the gritty realism, the fiery passion between Mr. Darcy and Lizzy, the romantic and fervid tone throughout, and the characterization of the principal players. And, to no small degree, the blatant sexuality and swoon-worthy gorgeousness of Matthew Macfadyen – but that inspiration helps mostly in the bedroom scenes! Whole squads of women, young and old, have come to the world of Austen through this movie and the other recent novel adaptations, which all have a more zealous appeal then some of the past ones. Many of those women pick up the original novels, but many will not. Yet they want to have more! I give it to them with the same fire and accessibility that was in the recent movie.
Of course I could go on and on! But those are the highlights. Thanks for this opportunity to share my vision with anyone who may pop by. I am so in love with my characters! Many of them were created by Miss Austen, but I have given them a life that is purely my own. I am still writing with book 4 nearly done and a companion novel started. Long live The Darcy Saga!
*the book cover is the first version that I am not so fond of; still waiting for the new one*