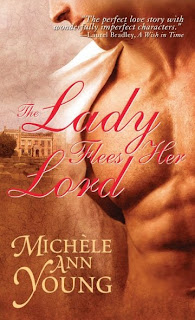 First I want to announce a contest for readers. You will find it at the Toronto Romance Writer's website, Torontoromancewriters.com, if the link doesn't work. There are books from amazing authors, including my new one The Lady Flees Her Lord, to be had for a very small effort. The contest will run for several months and the winner announced.


Now back to why I love readers.

I want you to meet one of them. Her name is Kim Lowe and I met her on-line before I attended the Romantic Times Convention and in person at the Convention. She is a great supporter of the romance genre. She also loves to travel. And when she sent me an email about her trip to the West of Britain earlier this month, I asked her if I could put it on our blog.

Kim is not only a reader and avid supporter of romance writers. She comes from a family with a military history and Kim does lots of work for the veterans of all nations. She was instrumental in the SOS event at Romantic Times. Why don't I let Kim tell you all about herself and her trip. So sit back and enjoy.

My husband is an Air Force officer assigned to the 70 Air Force Intelligence Wing (70 IW) at Fort Meade, Maryland. I met my husband at the Pentagon where we both served as communications officers. Two children later, I am now a full time soccer mom, Scout leader, and school volunteer.

I became an romance junkee while living in the Netherlands and volunteering at the Thrift Shop. I read a used copy of Cathy Maxwell's The Marriage Contract, Karen Marie Moning's A Highlander's Tough, and Jude Devereaux's Knight in Shining Armor. Since we had limited books, I created a bok swap with other romance readers, including members of the US embassy in Den Haag. Upon moving back to the US, I organized a Old Fashioned Tea Party to introduce military spouses to romance writers, connected with Kathryn Falk's military charity, SOS, and joined RWA. I continue to promote literacy on Fort Meade with the generous support of RWA friends.

Kim, may I say, you are a ball of energy and an inspiration. Tell us about your visit to Britain this summer. My husband indulges me in a once-a-year trip to the UK so I can explore the locations of my favorite books. This year, we flew to Bristol for quicker access to to the UK's West Country, including Wales, Devon, and Cornwall. although it is hard to single out one location, we both enjoyed Tintagel Castle on the rugged Cornish coast. Tintagel is the legendary birthplace of King Arthur with Merlin's caves nestled below the castle. The castle ruins are managed by English Heritage who offer an an informative video about Arthur's legends. But nothing can prepare you for the ominous task of climbing stairs to the mainland ruins and the island ruins - but it was worth it for the breathtaking view of the turquoise sea crashing into Merlin's caves.

Like other castles in the West Country, Tintagel began as a Roman fort and evolved into a Celtic stronghold, thus contributing to the legend of Tristan and Isolde. But it was Richard, Earl of Cornwall (and brother of King John II), who built a magnificent castle in the 13th century on both the mainland and island. Claiming to be a descendent of King Arthur, Richard built his castle on "hallowed ground" to win over the Cornish people (great foresight into public relations!) Unfortunately, those elements that made the castle breathtaking also made it obsolete. The castle was difficult to maintain and held no military value. So the castle crumbled into a ruin but provided future generations with a romantic fantasy about chivalry and history. Quoting the English Heritage web page, "it still has the power to inspire." 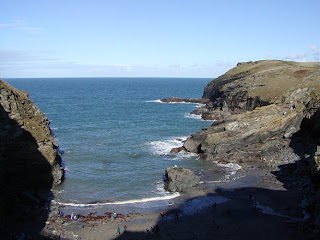 Ironically, the Welsh claim that King Arthur mounted campaigns throughout their countryside, staying at several castles that are now in ruins (similar to "George Washington slept here" throughout New England). You can learn more about Welsh castles from www.cadw.wales.gov.uk, literally the "keeper" of Welsh history. To learn more about other historical sites in England and Wales, log onto www.nationaltrust.org.uk.


Kim, I think your story is inspirational, and the notes on your trip are the stuff of romance. I can't wait to find a way to incorporate Tintagel into one of my books, even if I have to call it something else.

Thank you so much for visiting with the Casablanca Authors today.