Vampires, Cocktails, and a Contest! by Sara Humphreys 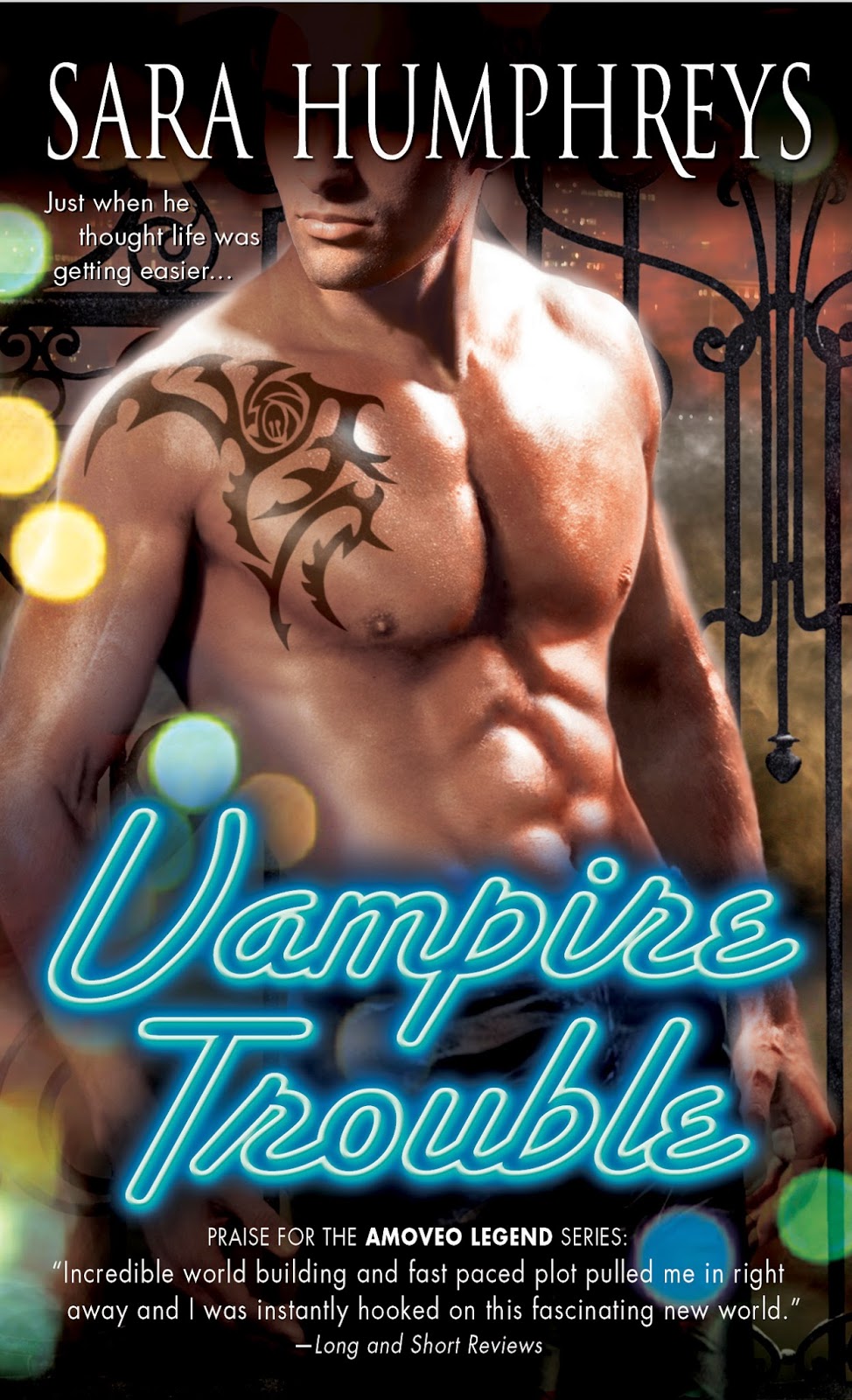 This is the second book in the Dead in the City series and I can't wait for readers to dig into Shane and Maya's story. These two are opposites in just about every way.
She was turned five years ago and he's been a vamp for four centuries.
He's a badass vampire sentry and essentially a registered lethal weapon with a cold calculating demeanor. Maya is a bartendaer at The Coven, a vampire run nightclub in NYC, and an incorrigible flirt with a penchant for troublemaking. She is, quite literally, a man-eater.
But there is more to these two than meets the eye and watching them reveal one another creates quite a ride--at least I hope it does!
***
Blurb...

A fledgling vampire ignites a war...
Maya remembers the last moments of her life as a human with haunting clarity, and every man she meets pays the price...until Shane. Finding herself in the middle of a bloody fight between vampires and werewolves, Maya has no choice but to let the devastatingly sexy vampire guard get close to her.
And that's not all that heats up...
Shane Quesada, a four-century-old vampire sentry, is known for his cold, unemotional precision, but once Maya begins to invade his dreams, his world is changed forever. His job to protect her is swiftly replaced by the all-consuming need to claim her as his own.
***
Here's what reviewers are saying...

"[A] powerful love story that proves that while our past is inescapable, it is the core of our strength." - Sarah MacLean for The Washington Post
"Humphreys is undoubtedly a rising star in the genre... The sparks that fly between the leading couple are totally irresistible, and the tension that unfolds between the vampires and the werewolves will have readers on the edge of their seats!" - RT Book Reviews
"I have to say that this series is wildly addictive, and this book is totally awesome. It's a five star book that you do not want to miss. I can't wait for more." - The Romance Reviews
" Sara's writing is smooth and fluid! Her word building and character development are first rate. She keeps the adrenaline climbing with non-stop action, plenty of passionate paranormal, mystery, romance, humor and heat right up to the hit-the-spot happy ending. If you love stories featuring HOT vamps with a dab of man-candy weres, erotica with a dash of humor, you must read VAMPIRE TROUBLE!" - Reading Between the Wines Book Club


Get Your Copy Today
AMAZON
BN 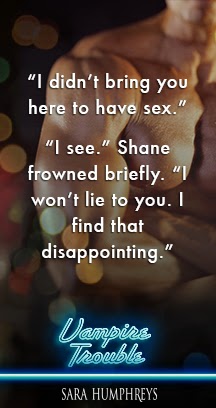 To celebrate the release of VAMPIRE TROUBLE, my publisher came up with a super fun contest!
Maya and her coven of vampires live in NYC and operate a nightclub in Greenwich Village, so why not have a contest for readers that involves cocktails?!

Before Monday, July 28th they’re asking readers to submit their unique cocktail recipe to Casablanca@sourcebooks.com for a chance to have their creation named the official Dead in the City cocktail and have it featured in my next Dead in the City title, Vampires Never Cry Wolf (March 2015). I will announce the winner in a video where she makes the drink!

Additionally, everyone who sends us their recipe will also be entered in a random drawing to win a Dead in the City themed prize pack including martini glasses, drink supplies, and other sweet treats!
***
How does that sound?I can't wait to see what you guys come up with. Send in those cocktail recipes and remember...I like vodka ;)