A Mortal's View of a Vampire's behavior: a deleted scene. 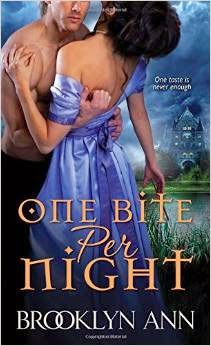 One time Ashlyn Chase posted a deleted scene from one of her awesome books and I thought it was such a fun idea that I'd share one from my upcoming release, ONE BITE PER NIGHT The only reason that this one was cut was due to word count and flow of the story. But my editor and I still thought it was hilarious.

A little background info without spoilers. At the end of book one, BITE ME, YOUR GRACE, Angelica Ashton, Duchess of Burnrath and newly turned vampire is charged with sponsoring the Lord Vampire of Cornwall's mortal ward in society so he can marry her off before she finds out about the vampire world.

And anyone who's read BITE ME, YOUR GRACE knows that Angelica is a rebel and adores mischief. One of her first acts of taking Lydia under her wing is to indulge in one of her favorite hobbies, dressing as a male and seeing sights of London that are unfit for maidens.

And here's how that went:

Lydia followed Angelica into a pub with the crude name of “Slick Willy’s.”
The haze of smoke was thick enough to choke on. The patrons all looked like they were unfamiliar with soap and would slit their throats just for amusement. Lydia tamped down her nervousness and pressed closer to the small duchess, who moved through the rough place with astonishing confidence.
Angelica led her to a small table in the far corner of the room. “It is best if we remain in the shadows.” She lit a cheroot. “Please, don’t tell Ian I still indulge in an occasional smoke.”
Lydia choked back a laugh. Here they were disguised as men and drinking in a seedy pub near the wharf, and all Angelica was concerned with was her husband’s view on her smoking?
As if to emphasize the fantastical evening, a plump barmaid plopped down on the duchess’s lap. “Good to see you again, Guv’nor! Who is your friend?”
The barmaid clapped a hand on Lydia’s thigh and winked as she jumped in surprise.
“It’s always a delight to feast my eyes on you as well, Polly,” Angelica replied in a surprisingly deep and rakish voice. “Allow me to introduce you to Lyle. I’m afraid he’s been suspended from school and needs a bit of cheering up.”
Polly leaned over and tossed her hair, making her breasts jiggle above her low cut dress. “For such a pretty lad, there is much amusement to be had.” She turned back to Angelica. “For now, what can I do to whet your appetites?”
“We’ll each have a pint of ale and an order of fried fish.” Angelica handed her a few shillings.
Lydia’s stomach growled at the thought of a meal and Angelica gave her a knowing smile as if she’d heard it.
The thrill of rebellion grew stronger as Polly presented her with the ale. The liquid was dark, dangerous, forbidden. Lydia took a tentative sip and smiled in satisfaction. It tasted like the beer she used to steal from her father, only richer.
The fish was flaky and decadently flavorful with its spicy bread coating. “This reminds me of the fried catfish I ate in New Orleans,” she declared.
Angelica nodded without looking at her. “I need to step outside for a few moments. If anyone bothers you, scream as loud as you can. I will hear you.”
Before Lydia could protest, the duchess rose from the table and hurried out the rear door.
Slighted at being abandoned, Lydia finished the rest of the fish with relish, licking her fingers before she donned her uncomfortable man’s gloves. Nervousness prickled her skin as she eyed the dirty, savage looking men at the other tables. I should have brought my pistol. Quickly, she lowered her gaze to her ale before one of them noticed her. Unfortunately, the slosh of liquid in her mug made her realize she had to relieve herself…urgently. Hopefully, Angelica would return soon and show her where to go.
Having nothing else to do, she continued to drink as the seconds ticked by like hours. Where had Angelica gone? Why did she leave her?
Lydia’s bladder cried for relief. Suddenly she realized that the duchess must have needed to relieve herself as well. Finishing her ale in a long swallow, she stood and made her way past the rough crowd and out the door Angelica had exited.
Pulling her coat tight across her chest, Lydia made her way down the dark alley, praying there were no spiders about. She opened her mouth to call out for Angelica, but then she saw her.
Lydia froze as the breath seized in her lungs at the sight before her.
Angelica’s arms were locked tightly around the barmaid’s lush form, holding her in a deep embrace. Her face was buried in Polly’s neck as the woman moaned in pleasure.
Heart hammering, Lydia crept back into the pub and sat at the table just as the duchess returned, dabbing her lips with a handkerchief. “Is everything all right, Lyle? You look pale.”
“I-I have to relieve myself,” she whispered, trying not to stare at the dab of crimson lip paint on the white cloth.
Angelica smiled. “Well, let us go remedy that situation.”
Lydia avoided looking at the duchess until they returned home. That is why Angelica can’t have children. She is a lover of women! Such a concept did not upset Lydia overmuch, as she’d known a few women of that persuasion in New Orleans. It was the fact that Angelica was being unfaithful to her husband that made Lydia’s stomach churn. She had thought they were very much in love.


A surge of pity for the duke overcame her. Part of her wished she could tell His Grace that his wife was being unfaithful, but if she did, she would have to confess the details of tonight’s adventure, and he would most definitely tell Vincent. She shuddered to contemplate what his reaction would be. It was best to keep silent. Besides, Angelica was her friend and she was keeping Lydia’s secret. It would be wrong to betray her.