It seems like a Very Long Time since I last partied with many of the Casa authors in person in New York at the RWA National Conference last summer, so I’m hoping to make up for that this week in Chicago at the RT Booklovers Convention! In the meantime, I’m so happy to be here celebrating the re-publication of my book Mariana, which has been out of print in the States for 17 years (Wow…that kind of makes me feel old…)

Mariana may have been the second book I wrote, but in so many ways I consider it my first “real” novel, and it really marked the start of my career—first by winning the Catherine Cookson Fiction Prize in Britain, as an unpublished manuscript, and then by finding me my first major publisher, and my first agent, and by opening so many doors to me that it will always be just a bit more special to me than anything else I create.

For all of you here in the States who are “meeting” this book and its characters for the first time, I thought I’d share the scene in which my heroine, Julia, meets someone special herself:

Looking up, I saw a solitary horse and rider approaching. A gray horse, carrying a tall man in dark clothing.

I blinked, my vision blurring, and the horse changed color, no longer gray now but chestnut, with a darkly flowing mane and tail. The man astride the horse changed, too, subtly, like clay poured from one mold into another, his outline indistinct in the mottled shadows of the lane. They drew nearer still, and still I neither moved nor spoke, standing rooted to my spot and staring like the village idiot.

Closer and closer the specter came, until the horse was pulled to a halt in front of me. I looked up. The sun was positioned directly behind the rider. Filtering through the trees, it created a blinding halo around the man’s dark head, and I sensed, rather than saw, his smile.

“Hello,” he said. “You must be my new neighbor. I’m Geoffrey de Mornay.”

I momentarily forgot the rules of proper etiquette. I raised my hand, smiled up at him, and fainted dead away at his horse’s feet.

It was not, I decided, as I sat on Geoffrey de Mornay’s chesterfield with my head between my knees, the most auspicious of meetings. Whatever impression I had hoped to make on my illustrious neighbor, this most certainly was not it.

“I’ve brought you some water,” he said, re-entering the room. “No, don’t sit up just yet. How are you feeling?”

“Fine.” My voice, of necessity, was muffled.

He pressed the glass of water into my hand, and I lifted my head to take a sip, the action providing me with my first proper look at my host. Even without—or perhaps in spite of—his cultured voice, well-cut clothes, and expensive surroundings, Geoffrey de Mornay would still have been classified by my former colleague Bridget as “prime”. Bridget would have noticed his tall, athletic frame and the brilliant flash of his smile. I noticed the classic lines of his bone structure and the quiet depth of his hazel eyes, set beneath level dark brows that matched exactly the seal-brown shade of his hair.

“Thank you,” I said, giving him the brightest smile I could muster. I wasn’t sure how long I had been out, but it must have been only a matter of minutes, as the sun was still pouring in through the large bay window opposite me. I had a dim recollection of being lifted and carried a short distance, and then nothing more until a few moments ago, when I had opened my eyes, tried to stand, and been unceremoniously pushed back down into my current undignified position.

“You’re welcome.” He took the chair across from me, watching my face warily as if he expected me to leap suddenly to my feet. “I’m sorry if we frightened you. Brutus is rather a big horse, and I often forget…”

“It wasn’t your fault, honestly. I’ve been burning the candle at both ends the past few days, and it just caught up with me, that’s all.”

“Positive.” My tone was firm, and after studying my face for a moment, he smiled.

“Then perhaps we could try those introductions a second time,” he suggested, leaning forward in his seat and extending his hand.
I’ve never actually fainted dead away at someone’s feet before, but I have had a few embarrassing meetings in my time. Have you? 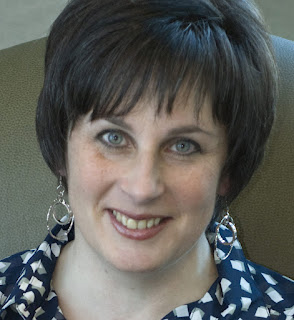 ABOUT THE AUTHOR: An award-winning, international bestselling author, Susanna Kearsley’s writing has been compared to Mary Stewart, Daphne du Maurier, and Diana Gabaldon. Her books have been translated into several languages, selected for the Mystery Guild, condensed for Reader’s Digest, and optioned for film. She lives in Canada near the shores of Lake Ontario. For more information, please visit www.susannakearsley.com or follow her on Twitter, https://twitter.com/#!/SusannaKearsley.


Thank you Susanna, for visiting with us today! To enter to win one of two copies of Mariana, please answer Susanna's question at the end of her post. US and Canada only, please leave an email address so you can be contacted if you're chosen as a winner! Random commenters will be chosen and announced on Monday, April 16.