Fall in Love with JESSE & Giveaway by C.H. Admirand

By C.H. Admirand February 28, 2012
I fall in love with all of the heroes I write about and Jesse Garahan is no exception. To celebrate the month of love, I will be giving away and ARC of JESSE to one lucky winner, picked at random, tonight. But first, let me tell you a little bit about why I write about good-looking Irishmen.
February is almost over and the most changeable of months is almost upon us...March...a month that is forever tied with my Celtic ancestors. But to tell you the truth, I celebrate my Irish pride 365 days of the year. One of my writing quirks is that I love to include bits and pieces of my ancestors and Celtic ancestry in all of my books and the Secret Life of Cowboys trilogy does just that!

I love writing about family and when Tyler Garahan first started talking to me, I just knew he'd have to have brothers. Before I had settled on the fact that he wasn't going to be an only child, Dylan and Jesse started arguing to get my attention. And so the dark haired, dark eyed, Irish cowboys came to be.

The Garahan brothers are named in honor of my great, great-grandmother Anna Garahan--who had the good sense to fall in love with and marry Patrick Henry Flaherty. I'm lucky enough to have a few generations of my ancestors sitting on my mantlepiece...here are Anna and Patrick. I'm not sure why Anna's photo is so fragile or in sepia tones, both photos are originals. My mom is the oldest living relative left and she doesn't remember. But at least I have this link to part of my heritage. 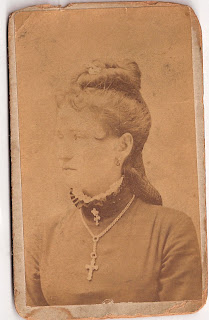 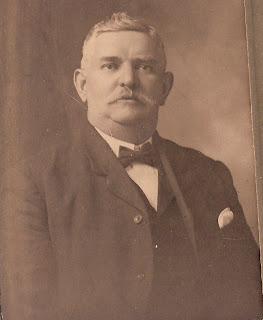 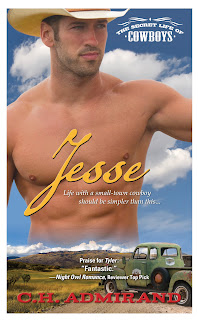 Lord doesn't that just get your heart started?

But then I received the final cover, and I do have to say that I love this one. There's a lot to be said for wondering just what deliciously taut and toned muscles are waiting to be uncovered... 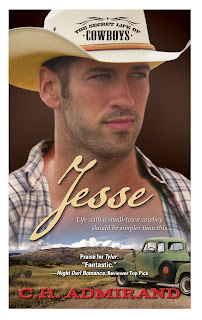 Could you fall in love with this hero? Maybe I should warn you that he's going to fall hard and fast for two females...yep that's right two...the lovely Danielle Brockway and her three-year old daughter Lacy who likes to dress up as a cowgirl--a pink cowgirl from the top of her tiny little cowgirl hat to the tips of her itty-bitty boots.


So for those of you who would like to enter to win a signed ARC for JESSE, tell me which you prefer, the covered up cowboy...or the one wearing only his ummm....Stetson? LOL! Don't forget to include your email address!

JESSE, Book 3 in the Secret Life of Cowboys series releases in July 2012.