The End is JUST the Beginning!!

By Terry Spear December 10, 2010
by Terry Spear
From my wolves to you, I want to wish you the most joyous of holidays. 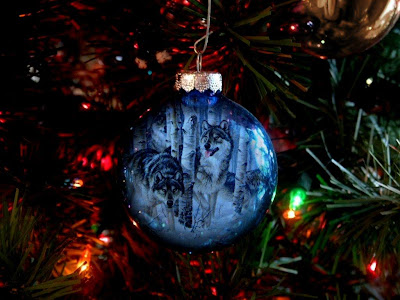 Aren't these lovely? No, they're not on my tree, but they'd definitely look right at home there! 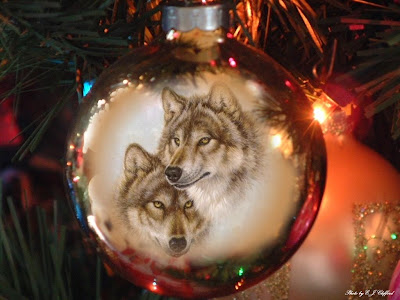 In the beginning, there were "super-wolves" as in they were much larger than gray wolves, and were strictly carnivores, bringing down woolly mammoths and the like. Because of the differences in DNA, gray wolves were a different branch from these huge eastern Beringian wolves and size-wise were larger than coyotes, but smaller than the bigger dire wolves, who also became extinct.

Two branches of wolves existed, the one continuing to hunt meat on the hoof, and the other diversifying and eating a varied diet. The second branch continued to thrive while the other died out. 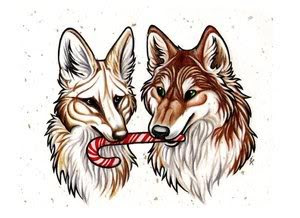 In the end, the smaller, more adaptable wolves found homes all over the world.

And somehow, a human who was bitten by a wolf, survived the bite and became one with the wolf. A shapeshifter who started the whole world of wolf shapeshifters. At least that's one theory. But you see even though that's how they might have ended up starting the world of wolf shifters, that's just the beginning! Of course there are other theories. That's the fun of genealogy research. Oral history passed down from generation to generation. One branch says it was this way, while another says no, it wasn't.

Don't you just love how even a sibling can have an entirely different version of the same story? Even my grandmother and her great aunt argued about their birthday and which year it was. They were twin sisters. :)

I'm at RomFan with a book giveaway today also, to add to the holidays! WOLF FEVER Annette gives this book

Now what can be better than receiving 5 Man Hunks!!!

I'm not even at the mid-point of my blog tour for WOLF FEVER, so lots of chances to win a free copy of the book--which is Sourcebooks gift to fans! And I'm nearly at THE END of The Wolf and the SEAL, but it's never the end. Heart of the Highland Wolf is coming in June and Dreaming of the Wolf's cover is being made up as we speak. Then it's time to begin working on The Highland Wolf in Paradise, Book 10. I've been asked a lot if the series is ending, and readers have been concerned. Which means, it's time to propose a couple of more books... or 3!

So never the end, only just the beginning!

Wishing everyone the joy of the season, from me (I write urban fantasy, remember--so this IS me...at least in my dreams!) and my wolves to you! 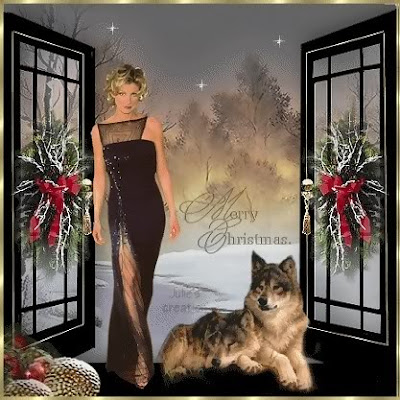 Fans were asking for an easy list they could print out of the wolf books, perfect for giving to the gift giver who doesn't know what you'd like for Christmas this year! Or for your own shopping convenience!