Confession time…I am not a big lover of Valentine’s Day.

The forced “we are soooo in love!” sentiment of February 14th feels wrong to me. Instead of a day focused on true love and intimacy, it seems like it’s become a billion dollar day focused on selling everything from expensive jewelry, to sexy lingerie, to cheap stuffed bears that say “I Love You” on their bellies. 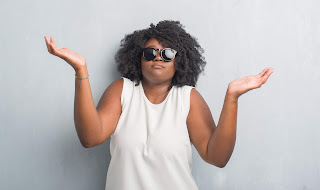 Love doesn’t need to be wrapped in a pretty red bow in order to make me feel special. It can be a few brief words scribbled on a scrap of paper and placed on my keyboard for me to find in the morning, or a tight hug when deadline stress is rising, or taking my van in to rotate my tires. (Bow Chicka Wow Wow!)

I know, I know…you’re thinking…But Alyson, aren’t you a romance writer?

Um…yep, I am. And believe it or not, I even got engaged on Valentine’s Day, which now that I think about it, is surprising because my husband feels the same way I do about the holiday: fake emotion, manufactured feelings, consumerism.

And come on…who doesn’t like cutting out hearts and eating chocolate? I know I do.

For my kids, the joy of Valentine’s Day is simply the act of giving and receiving love and affection. There’s no pressure to impress or expectations of gifts or feelings of anxiety and/or inadequacy…it’s just love…and it’s a joy to behold.

Give. Receive. Love. Affection. Now those are sentiments I can get behind.

Since we’ve been talking about love, affection, and gift-giving, here’s a favorite scene of mine from the third book in my Highland historical series The Sons Of Gregor MacLeod. The book is called HIGHLAND BETRAYAL and features Laird Callum MacLean and his hard-won, warrior wife Maggie MacDonnell. Be prepared for a little heat, a few laughs, and a heart-felt sigh at the end.

* * *
Alyson McLayne writes historical romance set in the Highlands of Scotland. Highland Betrayal, Book 3 in her series, The Sons Of Gregor MacLeod, is out now! 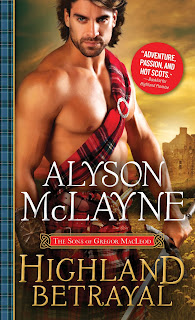 To keep her safe, he betrayed his promise.
Laird Callum MacLean vowed to marry Maggie MacDonnell. But when his father's apparent suicide makes him laird of his clan, Callum must unmask his father's killer before bringing Maggie into his dangerous home.

She's a strong Highland Lass. She can save herself.
Maggie's home isn't any safer. When Callum fails to return, Maggie does what any resourceful Highland lass would do. She escapes—and find's herself toe-to-toe with Callum, who's determined to fulfill his promise. Maggie can't bring herself to trust him with her heart again. But with a traitor still at large, they must rely on each other in every way, or their clans—and their love—will be destroyed. 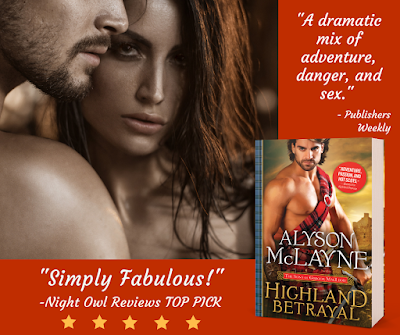