By Marie Harte November 13, 2018
I've been hip deep in edits lately. But it make it easier to work on the same books in a series when you've got book one's edits fresh in your mind!

Here's a look at the first book in my new series, Movin' On, entitled THE WHOLE PACKAGE, which releases January 29, 2019. 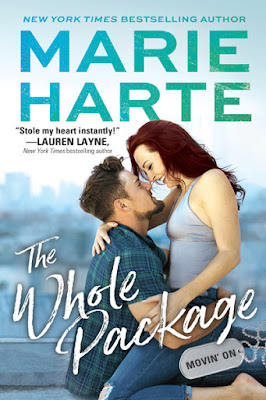 BLURB: Always the caretaker, former Marine Reid Griffith wants to help his brother adjust to civilian life…and help other former servicemen. What better way to utilize their brawn, discipline, and charm than a moving company that hires veterans? But although Reid prides himself on being strategic, he certainly doesn’t plan to fall in the spotlight of one brilliant—and beautiful—PR whiz…
PR expert Naomi Starr is determined to bring Vets on the Go! into the spotlight. But when she meets Reid, it might mean breaking her rule to never mix business with pleasure. Especially once she discovers that underneath Reid’s sexy rough-and-tumble exterior is a vulnerable man who just might need what she’s got to give.

EXCERPT:
“Tell me something I don’t know.” Her continuous stare made him a little uncomfortable.
“Something wrong?”
“Hmm. I think we need to brand you as a family company first. You and your brother, together, would really work to sell Vets on the Go!”
“My cousin’s also a partner. We all kind of look alike, so you’d see the family resemblance.”
“Even better.” She made a few notes. “So we highlight you three, then pepper the interview with your brawny, good-looking employees. And bam, you’ve already made an impression on the thousands of single women needing to move.”
“Now we’re targeting women?”
“Yes. And families and veterans themselves. You have an original appeal, and not just because you’re handsome.” She flushed and hurried to add, “And by you, I mean your team and your business.”
“So I’m not handsome then?” he asked to tease her, loving that blush.
Naomi cleared her throat and said dryly, “I think you’re well aware of your looks. My point is we use every weapon in your arsenal. You have fit, appealing employees who’ve served our country. That’s three for three. Now looking at your rates…” She swiveled her computer monitor so he could see it. “Leo, our data guru, sent me a comparison to see who your major competitors are.”
“We went through this before we started the company,” he said.
“Bear with me.” They went over more numbers, enough to make his head spin. In certain demographics, they seemed to hit the mark while missing entirely in others. “So you see, if you raise this rate but drop this fee, you’ll still come out even.”
“That’s if this marketing works.”
She gave him another of those penetrating looks that caused the sparks in his belly to start up and dance. “Oh, it’ll work.”
“Confident in your abilities, huh?”
“You know what, Reid? I am. Now, I’ve got the same issues as most women.” Her charming smile disarmed him. “I often wonder, does this outfit make me look fat? Is my hair the mess I think it is? Will he call like he said he would?” She turned uber-professional between one breath and the next. “But one thing I’m not is deluded about my professional abilities. I won’t promise what we can’t deliver. I know how to help businesses grow and flourish, and yes, I’m damn good at what I do.”
He believed her a hundred percent. “Okay then.” He studied her right back, noticing the plump curve of her lips. The sparkle in her blue eyes. He took his pen and signed the contract, then pushed the folder back to her, irritated that he had to work to maintain control, aware of his racing pulse.
Reid was man enough to handle being attracted to a beautiful woman. Didn’t mean he had to follow his dick where it led. “But for the record, the outfit is flattering, your hair is beautiful, and if he’s dumb enough not to call back, he doesn’t deserve you.” He stood before he made a bigger fool of himself. “I’ll set up the interview with the news station and let you know.”
“Ah, right. Good.” She cleared her throat. “Once I have that information, we can meet again to prep you for it. That, and I have a few more ideas I’ve been considering.”
“Great.” He just stared down at her.
“Any questions for me?” she asked, sounding way too perky.
“Yes.” He stared some more, until that bright smile dimmed. He let her see his attraction, let her know that yes, he did find her smokin’ hot.
“Your question?” she asked and licked her lips. Her gaze dropped to his mouth for a second before shooting back to his eyes.
Gratified to know she felt the same chemistry, he winked at her and saw her blush again. “My question is this… Where do you get your coffee? Because that cup I had was amazing.”
READ MORE 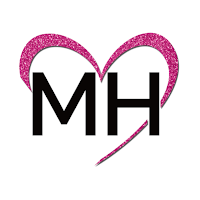