It's hard to believe the first book in the original Cat Star Chronicles series, Slave, (the ebook version is currently free!) was released a little over ten years ago, but there's no denying the math. That first contract called for a six-book series. Then along came a contract for three more. Then the book I simply had to write, Rebel, made it an even ten.

I took a break from the cats after that, but I always figured I could keep writing about them forever. After all, Zetithian children are born in litters of three, so I'd given myself plenty of material to work with. I had my pick of the next generation, but the obvious choice of where to start was with the first children born to the characters in Slave and the second book, Warrior.

Enter Larry Tshevnoe and Althea Banadänsk. Their voyage to romance is a bit bumpy, but suffice it to say, they were meant for each other from the very beginning. They just had to figure it out for themselves.

So... How should we celebrate Maverick's release? 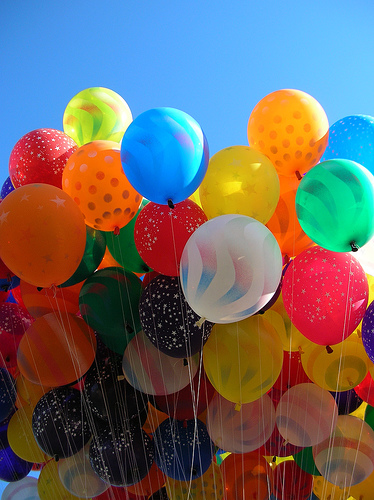 Or a bit of bubbly stuff? 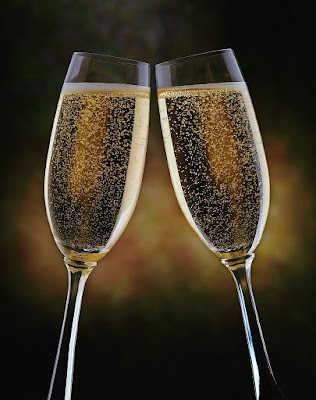 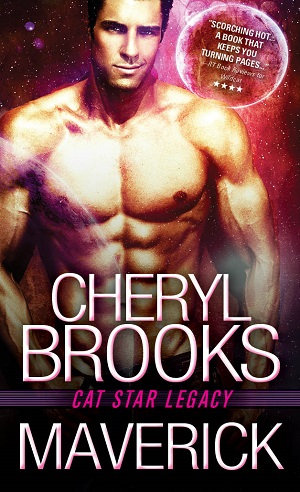 And a blurb, of course:

Being irresistible to every species in the galaxy isn't all it's cracked up to be.

Having the Zetithian feline gene gives Larsanken "Larry" Tshevnoe awesome beauty and sensuality unmatched by any other males in the universe. But it can make the quest for true love...complicated.

Enter childhood friend and fellow Zetithian Althea Banadänsk. Her empathic powers make her the only one who can know if a woman truly loves Larry for himself, and Althea would do anything to help her friend...even if that means hiding her own intense craving for him.

But when a distress call sends them off course-and into danger-they find more than their hearts are at stake. Now it's up to them to become the champions of truth and justice throughout the galaxy...or risk losing it all.

And best of all, a Rafflecopter giveaway of a signed copy of Maverick! This book will be coming to you directly from me, so please use the Rafflecopter so I'll have email addresses to contact the winner. Trust me, your email address is safe with me!

Rafflecopter Question: Are you familiar with the Cat Star world or are my super-sexy Zetithians completely new to you?